Get ready for the world after CovidFix your profile

4 lessons from the life and career of Kobe Bryant 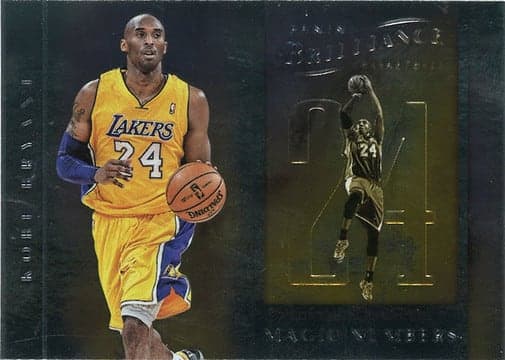 There are very few people whose sudden demise can or has spark such instant outpouring of love and grief. With the tragic death of Kobe Bryant, the world is less one legendary sports icon who inspired generations throughout his career.

However, there are a few career and life lessons we can learn from Kobe whose career spanned 20 years with 18 All-Star appearances, 4 All-Star Most Valuable Player awards, 2 NBA finals MVPs, 1 NBA MVP and 5 NBA Championships making him one of the greatest basketball players of all time.

Practice makes perfect. No one knew this better than Kobe. He practiced relentlessly improving his skills. Back in January 2013, he was quoted saying, “I was probably born a scorer, but I was made a winner. Whatever works, whatever wins championships, wins games, that’s what I do.”

Kobe’s dedication to practising saw him score 33,583 points with 8,368 free throws during his NBA career becoming the fourth highest point of all time.

2. Resilience in the face of adversity

It’s common for professional athletes to sustain injuries in the line of work, Kobe was no exception. One of the most notable injuries during Bryant’s career was an Achilles tendon injury that would lead to him missing out on the next season in 2013.

Despite having the injury, he went on to shoot his free throws with a limp, wincing with every move. He made his free throws helping his team win against the Warriors, 118-116.

During an interview with The School of Greatness Podcast  in 2018, Kobe shared instances where the Lakers' late Assistant Coach, Tex Winter, would have him watch tapes of his games analyzing details.

Kobe was also known not to be shy to reach out to his successful peers like Michael Jordan or Tiger Woods for advice, even when he was regarded as a successful player who had won everything in the game.

4. Use your skills to empower and mentor

Kobe founded the Mamba Sports Academy in 2018, named after his alter-ego “Black Mamba”,  out of his passion for empowering the generation after him through sports.

"Sports Academy has perfected the art and science of athletic training, from elite players to young kids getting started," Bryant said while referring to the existing school that he took over. "MAMBA Sports Academy is a natural expansion of my commitment to educating and empowering the next generation of kids through sports."

What will you remember Kobe Bryant for?

He was a role model to many,a hero,a Legend .Rest easy Mamba!

Indeed he was a great mentor of all season, and we will live to remember his favourite quotes

Your History will learn in all generations Rest in paradise Kobe

Your History will learn in all generations

RIP hero, you are source of inspiration

May his soul rest in peace Kobe

What in deed a true LEGEND,we loved you but GOD loves you more REST IN PEACE KOBE BRYANT,AS for vanessa and the children condolence God will be with them. Lawrence

Too inspirational, will still remember u .Rip

inspirational to all of us Rest in peace Kobe

Oh that hurts but "rip"

You will be remembered peace to your family

May His Soul Rest in Peace

very inspiring,shine on your way kobe.

May His SOUL RIP.

Rip Legend. Once a legend always a legend!

I Will live to remember you,a real hero RIP

May God rest all the souls that perished with him in eternal peace as God gives them the strength to bear the losses.

We are born to fight kobe i will miss you am sure you died fighting to save your life.to my fellow job seeker lets fight until we maker it

We'll miss you star,rest in peace

He died trying to do the right things. So sad his family life ended just when he had time. RIP

May his soul rest in peace.

You have to keep trying until you achieve your goal. Never say its over until its over. We will miss you Bwana. May your soul rest in eternal peace

He left history, will be remembered. Rest in peace champion

I jxt call him a true fighter,,,,RIP ma hero

Sure one of the greatest of all times.

Invaluable lessons. The fact that his death affected even people who are not BB fans shows that our actions in our inner circles can have profound impact on others. May the souls of all who perished RIP.

He's been and will always remain an inspiration to future generations. Rest in Peace legend

Kobe "Mamba" was a true eagle, spotted all he could hunt and catch successfully, inspired my 🏀 career and inspired me to explore more than just one sport. Thanks Bryant for your unending inspirations, you have made us proud, #ThanksGod4BryantMamba.... Rest Mamba the Greatest

A definition of true success

black mamba rest in peace it so sad ,,,my condolences to the family.

his legacy will always remain within us

Loved his family, he is one person who would not want his legacy to die.

We celebrate you,for your positive drive and may soul rest in eternal peace

The Black Mamba as he nicknamed himself, had an inner push and agility that made him different from other athletes. A man brought up well as evidenced by the way he treated his daughters. The Mamba literally bought a chopper to enable him facilitate his movements and be in place in time for his daughters. Created a lasting empire away from basketball. A man worthy emulating.Words can't describe Kobe, one needs to be in Kobe's world.

He was an accomplished sports man of our time,its sad that he had to go that way..

so broken about his death

I started playing basketball in 2008 because of Kobe. His leadership, passion, practice and love for the game truly inspired me. The world is indeed less one hero.

Great lessons indeed. May he rest in power!

He was a family man.

He once said "Hero's come and go, but Legends are forever" He left as a Legend! May Kobe's and Gianna's souls RIP.

Great life lessons I've learnt from Kobe RIP...he was hard working a mentor, a learner, an achiever, an inspiration, a family man and good Christian. God bless him

Good advice..may Kobe and the others who perished rest in eternal peace

RIP mamba .. indeed you were a sport pillar

So touching and very inspirational. May his soul Rest in Eternal Peace, we shall live remembering all his words so as to help us progress in life and improve our careers

Success comes from participation.and you can never win without determination.

He was a successful person but very humble.He was a cool dude

rest in peace our hero.

May his soul rest in eternal peace 🙏🙏🙏

May his soul rip

We've lost such an inspirational sports man, may the Almighty God rest his soul in eternal peace 🙏🙏🙏🙏

he was a cool guy not withstanding his enormous achievement..

Very inspiring especially for professionals who want to excel in their careers!

Feel motivated from the lesson

For empowering and menting young people to explore their talent

An inspiration to hard work and most of all the art of passing on our expertise to the future generation.#mambaacademy

Oh my God, we have lost a true icon and sports pillar!

Kobe was amazing! Am inspired to do my little game and win too! Practice and keep learning and reviewing your performance

Great lessons. Especially seeking advice from those you consider better than you even at the height of achievement is humility. Most when they succeed become own mentors and advisers

He is a great fighter

He is family man. He fought for his marriage

I used to watching to him back when l was in school basketball is my game...they used to call me kifaru everytime am in the pitch,every player has a special name, like Kobe..mamba l will for ever miss you ,,mamba rest in RIP and Gianna you were following dads footsteps we know l know that you going to be better than dad that's for sure RIP,dam you death dam you.....

I love the advice