Many women have broken free of the stereotypical societal gender norms and many are continuing to set their own pace; outdoing their male counterparts. 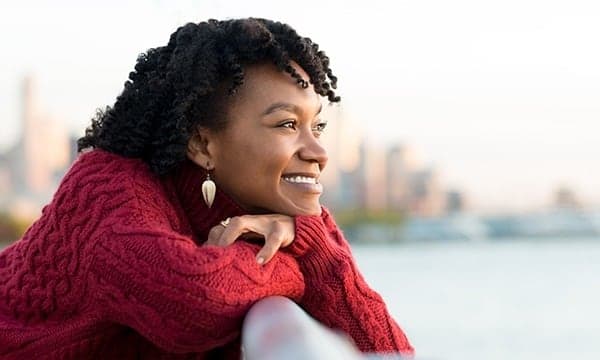 The idea of women working is a fairly new concept, and in some conservative cultures, gender roles continue to have most women held up in the kitchen with a child on their back. However, many women have broken free of the stereotypical societal gender norms and many are continuing to set their own pace; outdoing their male counterparts.

Here is a list of 5 women who are slaying in a male-dominated field:

You can call her ‘Captain’ because she steers the ship. As a marine pilot, Elizabeth Marami is notably the first Kenyan female in that particular profession. Scoring an A in her KCSE examinations she was offered a chance to study Law at the esteemed University of Nairobi, but this Kenyan belle chose to leave home for Egypt, to study navigation.

Now in her late 20s, she also runs a blog and continues to stay focused on her work at sea, as a second officer in command. In her line of work, she has noted the gender biases that keep many women from pursuing marine-related careers. In an interview with She.Leads.Africa, Liz recounts what led her to begin an initiative to level the playing field for women. Marimi said, “Against the Tide is my own initiative to see a reasonable gender balance in the maritime industry. Although in its infancy, I want to advocate for policies that favor both genders and allows for equal opportunities in access to opportunities in the industry.”

Director at Hurst Construction Company, Olive Ngugi is making her mark in an industry that has traditionally been curved off for men with big bucks; until now. Young, educated and proactive, Ngugi’s business mindset has propelled her to land some major deals, and with it comes lots of notoriety to her name. Delving into construction, Value Engineering, and more, Ngugi has grown her craft after shadowing several established contractors. Attaining a Masters of Science in  Construction Project Management from Jomo Kenyatta University of Agriculture and Technology, she has the beauty and the brains to conquer the tough industry.

Septuagenarian Cecilia Wangari has the passion and knowledge for what she does. Wangari’s zeal proves you can pursue your dreams, no matter your age. As an audio technician in Nairobi’s Central Business District, Madama Wangari has always had an affinity for cars, even attaining a license for driving trailers.

Her story is a great reminded that indeed, Kazi ni Kazi.

Motorsports Personality of 2018 Tuta Mionki is no ordinary woman. With lots of courage, charisma, and talent, Tuta has made a name for herself in Kenya’s growing motorsport industry. After quitting her job as a Human Resource manager, Tuta sought out the thrill of motorsport, racing competitively within the Kenyan circuit. Her motor exploits have seen her feature various high-level local rallies including the Guru-Nanak Rally and Aberdare Raia Rally. Driven by her passion for the sport, she enrolled into Abdul Sidi Rallying Academy and even paid for her own gear, investing almost 250,000Ksh of her own money.

Speaking about the prejudice she has overcome, Tuta points out there are some things that she had to face. In an interview with the Daily Nation, Tuta said “In the beginning, some men would decline my request to navigate them because I am a woman. Then there are logistical issues such as pit stops that don’t have bathrooms – the men can do their business in the bush but I have had to run into villages to ask people whether I can use their loo.” Nonetheless, Tuta has continued from strength to strength, growing her capabilities as a rally navigator.

Winnie is going at her own pace. Okoth is an Olympic weightlifter and Commonwealth Games, athlete. Competitive, strong and focused, Okoth has the ability to reign in on her goals and go after them without second-guessing herself. Blazing her own trail, she has consistently broken boundaries for women in weightlifting. Bold and strong, she now encourages other women to empower themselves and find their strength through CrossFit training.

Do you know any other women who are making waves in a male-dominated industry? Comment below, we would love to celebrate them.

This story was originally published on Capital FM.