5 Ways how organizations can make use of big data

According to a TED X talk by Susan Eltinger, “Data doesn’t create meaning by itself. We do.” 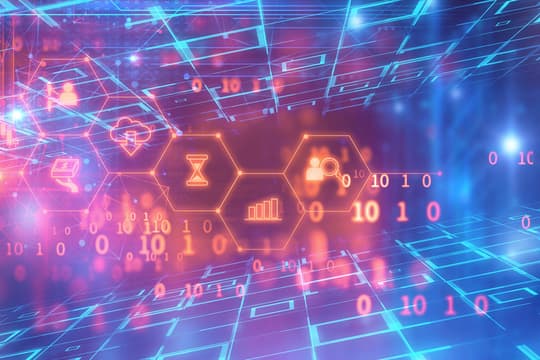 The modern digital world is producing vast amounts of data. According to computer giant IBM, 2.5 exabytes - that's 2.5 billion gigabytes (GB) - of data was generated every day in 2012. That's big by anyone's standards. As though that isn’t enough, according to a new report from IBM Marketing Cloud, “10 Key Marketing Trends For 2017,” 90% of the data in the world today has been created in the last two years alone, at 2.5 quintillion bytes of data a day! With all this information, there is so much to take in. A simple search on Google about anything, gives you so many results that data analysts say its like drinking water from a fire hydra.

This surge has become mainly due to increased human interaction with the web 2.0. A Web 2.0 website may allow users to interact and collaborate with each other in a social media dialogue as creators of user-generated content in a virtual community. Some of the most common Web 2.0 application sites are Facebook, Twitter, YouTube, Instagram, Wikis, etc.

According to statistics, on an average day, 80 million photos are shared on Instagram. It also clocks up about 3.5 billion likes every day. 300 hours of video are uploaded to YouTube every minute. Almost 5 billion videos are watched on YouTube every single day.Facebook has about 1 billion active users. They add about 500,000 new users every day, that’s about 6 new profiles every second. More than 250 billion photos have been uploaded to Facebook. According to the United Nations, world population reached 7 Billion on October 31, 2011, by mid-2017, the population was about 7.5 billion. If we assume every single one of these people was on Facebook, we would have about 33 photos of each one of us. That’s the potential we have on social media people!

The next big thing will be Web 3.0. This concept hasn’t fully gone mainstream yet, but sources indicate that it incorporates very interesting technologies. These include Semantic Web, Artificial Intelligence, 3D Graphics, Advanced Connectivity, Content Ubiquity among others.

More than half of all these data traffic comes from mobile users.  According to CISCO VNI: Forecast and Methodology, 2015-2020; annual global IP traffic will reach 2.3 zettabytes (that’s 1 trillion GBs) per year by 2020, smartphone traffic will exceed PC traffic by 2020, and the number of devices connected to IP networks will be more than three times the global population by 2020. This again means huge amounts of data will continuously be created.

But what do we do with all these vast amounts of data being generated? According to a TED X talk by Susan Eltinger, “data doesn’t create meaning by itself. We do”. Organizations are increasingly leaning towards a data-driven decision-making culture. Whether the organizations are into B2C, B2B, and academia or not for profit, there is a lot to tap from using data and use it to make informed decisions in an organization.

Things a company can stand to gain by becoming a data-driven organization include;