At 21, Cosmetics entrepreneur Kylie Jenner is the youngest-ever self-made billionaire in the U.S, she has over 140 million followers on Instagram and here are the lessons a young entrepreneur can learn from her. 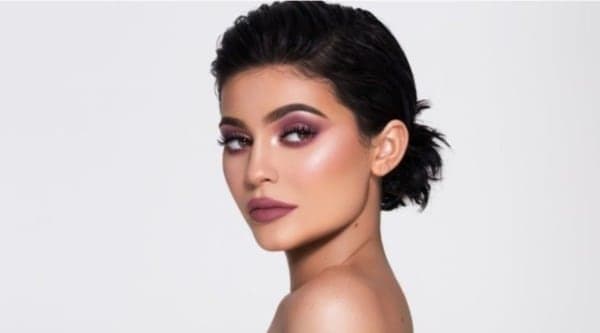 Kylie is lauded for using her influence and resources to create the kind of cosmetics empire that even the most successful beauty brands had to work for years to achieve.

Kylie began to hone her fashionista-turned-entrepreneur skills as a teenager, but it was in 2015 that she hit her stride, when she launched her namesake beauty business, Kylie Cosmetics. She debuted three lip kits, which sold out in one minute. She has since expanded her brand to include eye makeup, blush, “kylighters” and makeup tools. Early this year she also launched Kylie Skin which has received mixed reactions but sold out nonetheless.

According to Entrepreneur, love her or hate her, we can all learn valuable social media lessons from Kylie Jenner.

1. Focus on your obsession.
Kylie discovered her passion for fashion and makeup at a young age, and she turned this love into a billion-dollar company. As a teenager, she felt insecure about her lips after a boy told her they were too small.
She became obsessed with learning to apply lipstick in such a way as to create the illusion of fuller lips. In the end, her lip insecurity became an inspiration for her company. The lesson here is to pick something that is a natural offshoot of your interests, which is an area you’ll be fully invested in and passionate about.

2. Find your niche.
As the youngest member of the “famous for being famous” Jenner-Kardashian family, Kylie learned early on that she would need to differentiate herself from her glamorous sisters. She chose to spotlight her unique qualities and allow her creative style to blossom including her ever-changing hairstyle and, of course, her pout. She found her niche by amassing a devoted following and then gave them a product they were eager to buy. Her success is due in large part to her expertly executed social media strategy. With a horde of online followers, she can advertise and sell her products with minimal overhead and do it in a way that makes them love her all the more for selling it to them.

3. Make the most out of exposure.
Like the rest of her family, Kylie is keenly aware of the power of publicity. If there is one thing the Jenner-Kardashian clan has repeatedly shown, it’s that any exposure good or bad can be used to your advantage with some creative manoeuvring.
So when, at 17, she found herself immersed in a “lip controversy” as people noticed that her lips had swelled significantly, she found a way to turn a negative into an opportunity. Even after she finally admitted to having temporary lip fillers, fans were eager to learn how she’d achieved her luscious-lipped look
Around that time, Kylie launched her lip kits and her audience flocked to buy them. The lesson is to look for ways to use exposure to your benefit. It may not be obvious at first, but if you keep an open mind, you can use nearly any type of exposure to your advantage.

4. Play to your strengths.
Kylie learned to leverage her assets her fashion and beauty sense, her glamorous looks and her social media savvy to build an unstoppable beauty empire while she was still a teenager. She is the brand; she projects “Kylie Cosmetics” in everything she does.
But she also recognizes that she doesn’t know everything about the business world, and she has sought help and advice in these areas. She has surrounded herself with people she trusts, relying heavily on her “Momager” Kris Jenner and a small team of capable and loyal employees.
By outsourcing everything from manufacturing to finance to packaging and fulfilment, Kylie can focus on her core competencies and growing her business via social media.

5. Always keep your audience in mind.
Kylie’s audience is largely made up of her loyal social media followers predominantly young women and teenagers who are glued to every carefully curated picture she posts. She uses social media to sell her products, but she’s also careful to create content that will hold her audience’s attention.
Kylie uses her social media as a window into her everyday life. This includes everything from posting ‘no-makeup’ selfies to racy home photoshoots. She entices her audience to keep coming back for more.

6. Be open to collaboration.
Kylie is a great example of the power of collaboration and leveraging influencer marketing to build a brand. She has a built-in network of people to help her in this area, including the clout of her famous family and friends. She isn’t shy about using these connections to boost her business. Her cosmetics brand touts a number of collaborations with her celebrity mom, and sisters Kim, Khloe and Kourtney.
Each collaboration is launched with a major digital campaign, including YouTube videos and social media posts. Since all the Jenner-Kardashians come with millions of their own followers, these partnerships have been incredibly successful in boosting sales.
The key is to find influencers who are firmly embedded in your niche. Collaborations and influencer marketing can provide validation for your products or services.

7. Be authentically you.
Kylie’s brand is great at making her audience feel like they are accessing her directly and getting to see different sides of her. She seamlessly weaves posts about her everyday life with promotions for products she’s using at the moment, which further increases customer demand.
Her social media pages are also filled with posts about her personal life, including photos of her baby, Stormi. She allows her followers to peek behind the curtain, giving them insights into what it’s like to be Kylie. It’s her ability to authentically project herself that draws her audience in.

This article was originally published on The Sauce by Capital FM. Read the full version here.