Career Lessons from Rapper Drake’s New Video ‘Nice For What’

It's definitely going to be one of those songs that won't stop playing for a while. So we've rounded up the best career lessons you can learn from this unlikely source. 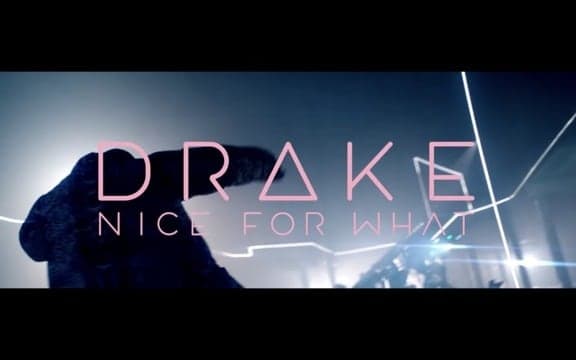 Earlier this year, Drake pulled up on the world with what was the most emotional music videos of the year, God’s Plan. Instead of using the money assigned for the video shoot, they donated it in all manner of ways making people’s dreams come true. This time for the song ‘Nice for what’ video, he definitely spent the money and got some of the most notable women in Hollywood to feature in the video. Now you know Fuzu by now. Every pop culture phenomenon is always a chance to learn about your career.

The director of this phenomenal video is 22 year old Karena Evans who also directed the God’s Plan video. 22! How incredible is that? She’s already a huge name in the industry at this young age and it all comes down to one simple fact - she just believed she could do it. Karena started off as an intern and is now becoming highly sought after. What can you learn? Starting off as an intern doesn’t mean your career won’t take off. You just have to be willing to learn and put in the work.

Shout out the good

One of the stars in the video is actress Olivia Wilde whose connection to the rapper is that she said his album was great on Twitter. It doesn’t hurt to tell the people you think are doing a great job that they are. Shout out your favourite organisations and tell them you love what they do. Who knows? You could just end up landing a job with them!

Education is to be celebrated

If you watch Black-ish or Grown-ish then you know Yara Shahidi who plays Zoey on both shows. She’s not just beauty because she also got into Harvard last year. In the video, she wears a Harvard jersey because it’s no small feat getting into that school. So maybe you can’t get into an Ivy League college but you can always grow your mind by learning new skills every day. At Fuzu, we celebrate learning which is why it’s free on our platform.

See? There’s a lesson in everything!

I find fuzu helpful... @ thanks much and sharing everything with my friends

am just in love with what i read hear.

Thanks to Fuzu team.i love to share all your posts n articles

Its quite encouraging.I commend you for the courses.I gained knowledge on logistics from an article i read here. Keep it up.

This is really motivational. I love the blog!