Elon Musk’s message to you - "Don’t doubt your Vibe" 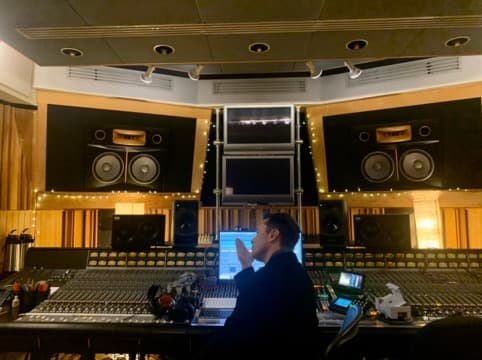 The surprise act at your next festival or gig could be an unlikely artist - Elon Musk. You read that right, he just dropped a new EDM single called ‘Don’t Doubt Ur Vibe’.

The Tesla and SpaceX CEO posted a picture of himself in studio working on a track he wrote and then shared it shortly afterwards on Soundcloud. ‘Don’t Doubt Ur Vibe’ follows his debut song ‘RIP Harambe’.

While this comes after Tesla overtook Volkswagen to become the world’s second most valuable carmaker, Elon Musk also showed his love for EDM music by changing his Twitter handle to E “D” M after releasing the song.

We couldn’t help but wonder, Elon Musk somehow found the time in between running SpaceX and Tesla to produce a song, why should you have an excuse to sleep on your passions?

Monicah Pursue on your passions strike it untill u possess.

thank u so very much

I love what am seeing

Encouraging me not to doubt my dream. Intresting.

God is faithful as long as we keep on working and praying to him.

I love this,don't doubt your vibe

It's a nice song

Thank you for that,,

Looking forward to listening to this EDM track.

The beats are on point. The message as well.

Thx, this was cool.

I am encouraged to hold on to faith and my dream will come true. THEY WILL. AMEN.

wow what a message to start a day while doing some designs!!!!!!!