From Intern to CEO: I chose to focus on my side hustle, and it paid off - Derrick Muturi, Herdy Fresh CEO & Founder.

I was built for this thing we call entrepreneurship. 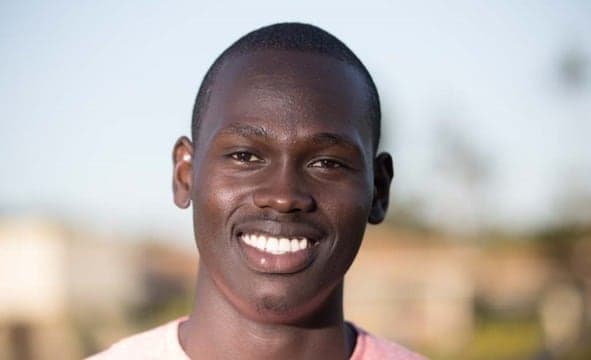 Every aspect of our life is powered by agriculture. Take a minute to think about it. You started your day by having tea or cereals doused with milk for breakfast. You may want to thank the farmer who made it happen.

Farmers play a critical role of feeding the population but still are not able to reap what they sow, financially. However, farmers are embracing technology to reduce the exploitation they face in the market and help deliver our favourite delicacies on our tables faster.

Derrick Muturi, CEO and Founder of Herdy Fresh, has been part of the dynamic forces disrupting the agricultural sector using technology. Through the Herdy Fresh application he has enabled farmers sell their produce directly to consumers.

He was kind enough to invite us to their office to chat about his invention and why he is passionate about creating sustainability for farmers and how he went from being an intern to CEO.

Without mentioning career or profession, who is Derrick Muturi?

I’m a very ambitious young man. Passionate about creating things; whatever it may be: - artwork for example. I love building things and seeing people appreciate the things I do. I’m basically an artist. I’m a brother, a family man and a professional athlete.

How would you explain what you do professionally as the CEO of Herdy Fresh to a kindergarten class?

At Herdy Fresh I wear two hats. As the CEO my task is steering the company in terms of what we do professionally, the strategy of the company, finding new markets and clients, representing the company at events, raising funds and hiring. On the other hand, I’m a Software Developer; I build our mobile applications and websites and do integrations with different mobile technology partners. So, I’m a product developer and CEO at the same time.

What’s Herdy Fresh all about?

It tells it all in the name, we sell fresh products. Herdy Fresh is an online grocery store that delivers within Nairobi. If you are looking for fresh vegetables, fruits, meat or fruits, you’ll get it all on Herdy Fresh. 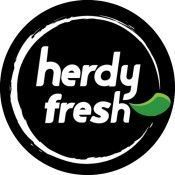 Your journey to where and who you are now is of great interest, and sometime back it surfaced on social media when the hashtag #PayInterns was trending. I understand you were an unpaid intern. What’s your take, should interns be paid or not?

If you look at the opportunities out here, we are churning about 900,000 graduate every year, job opportunities are scarce. When you graduate from school the next six months are probably the most crucial in securing your future in terms of defining your career path. It is important during that period to get into a field that you are looking forward to work in and grow into a long-term career.

So, whether it is unpaid or paid during that time, as a graduate it is critical for you to get your foot in the door first. From there you can then negotiate rates because you’ll have leverage. Internships offer you something that’s valuable regardless of whether it’s paid or unpaid. You stand to gain practical knowledge and professional networks.

It is for us as Africans to have a paradigm shift and look at internship as an apprenticeship and an opportunity to learn.

I was a DJ and used to sell music video CDs for 50 shillings to matatus plying the Kangemi- Waiyaki way route. I used to make about 2,500 shilling per week. I was also building websites.

Overtime I was getting clients through referrals who wanted me to build their websites and I would get such gigs for 3 months. That catered for my expenses and after six months I bought my first car despite being on an unpaid internship. Even when I was being offered a job after my internship, I turned it down because I had a vision of what I wanted to build.

The strange thing is I’ve sent three CVs in my life and none of them was ever answered. I really didn’t care because from a young age I wanted to be a businessman like my dad. Growing up I didn’t have an option of getting employed.

I know this is contrary to many young peoples’ experiences out there, there are guys who have sent out hundreds of CVs and are desperate for jobs. So, I wouldn’t say I was lucky, it’s just God’s grace.

Africa Netpreneur Prize Initiative quoted you saying, “I started doing an internship at Nailab but quit soon after to focus on my farming business…” What was going through your mind at that exact moment when you decided to end your internship?

For me it was the mindset I had while growing up. I was built for this thing we call entrepreneurship. During my internship I had a few businesses running on the side and I had just started my Uber business. It reminded me that I was settling and if I took a job offer, I will get locked in employment because I might get comfortable if the terms improve.

I was very clear with myself that I did not want a job, I wanted an opportunity to learn. The fact that I was doing my business as a side hustle rather than my main hustle, that really inhibited the growth of my business. I was emceeing at an event called Fail-up where I was inspired by successful entrepreneurs to make that jump. Sam Gichuru - CEO-Nailab, also helped me a lot after we had a conversation about it, he was our first external investor.

At Nailab you were a software developer. Were some of the skills transferable to the farming business you chose to delve into?

During the second month at Nailab my role was to help co-train the entrepreneurs who were coming into the program. We’d go through the curriculum with one of the startup trainers and were doing things like the lean canvas and javelin board, all these were new to me. I was being incubated as an intern instead of as a business.

So, I learnt all the relevant things during my internship and built my network with the lawyers and accountants that came in for the program. I had the right ingredients by the time I was starting my business which was very strategic.

What challenges did you face while starting Herdy Fresh and how did you go past that?

The core challenge was finance. I needed an office space and people. But even with the people who were willing to work, I had nothing to pay them and the company didn’t have a structure so that we could give shares. The challenge was selling people on the dream and getting the financing to kick-start the business.

We launched Herdy Fresh in July 2016. We didn’t get a single customer until November. It was a crazy dilemma. We had to cut down our delivery time from 72 hours to 48 hours and were able to get 16 orders between November and December. Come January 2017, we had like 100 orders. That is because we leveraged on social media marketing and participating in any event in the ecosystem where I could sell my business. It took a lot of learning and getting out there. In business you can’t hope, you have to do.

Important factors when starting a business?

I’d say Brand image. For a young business, brand image is who are you as a business owner because you are the single representative of the business. What do people think when they see you? How do you dress, how do you talk or who do you associate with? If people don’t like you, they won’t trust you and if they don’t trust you, they won’t do business with you.

Thereafter, is governance. You have to formalize your business, register as a private limited company so that it becomes its own entity and makes it possible to engage investors.

After you’ve formalized, hire an advisory board. You don’t have to pay them, get people who believe in you and are respected. Once you have that in place you have to think about the physical manifestation of your brand i.e. your logo and what it represents.

Looking back and taking in the far you’ve come so far, what lessons have you learnt that you’d like to share?

Patience is everything. If you don’t have patience, you’ll never see any fruit yield. Everything takes time. It also knowing when to stop when something is not working. And it doesn’t mean you’ve given up or failed, it’s probably not the right time or the wrong market.

As an owner of a company, what qualities would you look for in an employee?

Number one is attitude. Having good people is everything in a company. You can teach skills. People who are motivated, have good character, integrity and willing to learn new things are the people who I also look for.

What impact has Herdy Fresh created in the agricultural sector and beyond?

I’d start with the impact here; it was a one man show two back and now we have employed 11 people directly. In addition to that, we have about 100 suppliers who we work with and are paid well. This includes individual farmers, suppliers of delivery bags, riders and people who maintain our bikes. We have been able to create considerable direct and indirect impact in two years.

What do you have to say to employed youths who have a business idea?

If you think you know what you want to do and you are sure about it, go out and do it in whichever capacity. If you are doing it as a part time job, as soon as it bears fruits and you see there is progress and it can scale, go out and do it. And while you are at it, learn as much as you can. Interact with people with people within and outside your circle, just try and get outside your bubble.

This is a great story as it is very inspiring and well written. Thank you fuzu you are one of the great

wooow! great to learn from and get up on your feet.

Thats great thanks fuzu for such an inspiring story.

in every business there must be a challenge.Finance being major.. I really appreciate how you have answered most of the questions coz it incorporates every other business. Focus,and attitude ...lie u have to make it happen..no short cuts thanks for this

This is so inspiring all the best Mr ceo

Motivating piece there thanks for for giving hope.

Guess We Are In The Right Track,. BRAVO FUZU!

Dennis, I know you personally and my thoughts were telling me that Nailab was the best, but you were destined for greatness. Kudos my friend. This is indeed inspiring

I understands , what an inspiring Business story

Kudos Derrick. I am really inspired by your invention.

Inspiring indeed, and a challenge to the wider population of us seeking jobs. Maybe we should be creating jobs and not seeking for employment. Mmmmmh, food for thought.... Big up Derrick!!!!...

FUZU is one the organization which make your dream come true

my comment is that students who are in higher institutions should not take things for granted ,they should put into practice whatever is taught to them into practice such that after there they can be able to use the required knowledge in the field in order to manage their buisiness.