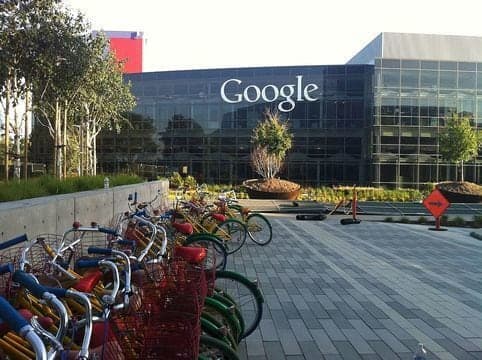 Should this come as a surprise? Your guess is as good as mine, no. Google, which has over 90% search engine market share in the world today was ranked as the World’s most attractive employer 2019 by Universum followed by EY (Ernst & Young), PwC (PricewaterhouseCoopers), Deloitte and Apple. The giant tech company received  3.3 million job applications in 2019, an 18% increase from 2018.

According to a report released by CNN, Google and Alphabet (the parent company) had 103,549 employees in the first quarter of 2019. With over 70 offices in over 50 countries around the world, Google has one of the best employability opportunities which attracts massive applications from job seekers.

Just like Google, different companies receive huge numbers of job applications, some trying their luck for future openings while most of them are applying to actual job openings advertised.

That said, let’s do a 3-minute activity. Close your eyes and picture your dream company to work for. Which one is it and why? Share with us in the comment section below, maybe we can surprise you with a company visit 😉.

I love the work done by the FUZU foundation. It's great indeed.

Any NGO company within Uganda

My dream company is spacex, this is mostly because of the company CEO's commitment to advancing technology and science while keeping it clean and safe... And because i would love to go to space one day.

United Nations because of their humanitarian work

Anyone with any internship lead to an insurance,actuarial,consultancy or banking firm i would highly appreciate

I could like to work with GIZ.kenya Its a NGO

My dream company would be, MY COMPANY. A company that seeks to invest in people's abilities, talent, knowledge and gifts. The solution to the high rate of unemployment, the way to be sought after by those dreams company we so desires, a way to create bigger and even other better Companies like Google, Apple and e.t.c That's my dream company if there is such a company out there then I would be more than glad to be there.

One of the United Nations agency because I currently work with UNDP as a graduate volunteer and I I appreciate the opportunity though I now need to work as a full employee. thanks

UN is my favorite

United Nations, Embassies in Kenya and Kenya Commercial Bank. I love the diversity in these sects

KALRO, Kenya. I'd love to work with this organisation in order to improve lives of our farmers.

I would like to work with Uganda air lines

UNESCO...i love their goals which work hand in hand with improving education. I mean, impacting lives is my dream.

United Nations - They cater for their employees

My dream company is Unilever. To get a chance to step and see how they manage their sustainability efforts in the environment would be on top of the world.

I would like to work with UN in Uganda.

I want to work with UN as a driver

UN, any job in Uganda.

KCB Bank. It's always my prayer Item if I'll one day get a chance to be an employee of Kenya Commercial Bank. The leading Commercial Bank in the region.

The Standard Media Group Ke. It is amazing in news delivery

Agakhan Hospitals..I would really like to work with them as a medical laboratory technologist

Tour and travel companies in Kenya my admiration

I would be very glad to serve with NSSF Uganda with the Joy the Lord gives.

The UN, so people-centered yet goal oriented

I love to work for BBC

central bank of kenya. being a player in economic decision making through monetary process is very dreamy for me. being a developing economy give room to explore uncharted waters.

ofcourse it receives more applications,but how many have got employed

Kenya revenue authority (KRA).Its been my dream company .It has focus on customer experience and empowers it's employees.Their innovation and company culture is amazing.

vivo energy I just it

world food program or food and agricultural organization as they offer diverse oportunities to work in various parts of the the world where one can work and give dignity to humanity.

KENYA FOREST RESEARCH INSTITUTE as a Soil Scientist. The govt institute has a busy soil laboratory and has active research on quality of soils & water.

I would like to work with Canadian, French and Switzerland embassies in Kenya.

US Embassy in Uganda

Kra The work itself is moral upright.

UN.to get a chance to build my career and make a difference

Congratulations Google for your innovative technology. Your initiatives have opened more opportunities to young people and the world has learned a lot from you. My dream company /orgsnization to work with is a reputable international NGO like, Troicaire.

Procter and Gamble, I admire their core values and how they are changing lives. Not to mention some of their famous brands we've grown up with.😊

Google or Amazon for the love of Technology innovations

Microsoft is my dream employer .

The World Bank Group. It's initiatives are well aligned with my passion for international development.

Maclyson I would like to work with UN anyway in Kenya

US Embassy in Nairobi.

It's a great to hear that, I would like to work with UN because it has a great opportunity and diverse for you meet different kind of people. You interact with them.

My dream is to work with the UN, I love their diversity of culture and high growth opportunities

Formula 1 i love the adrenaline,high tech used and the fast changes

SEI,I really love nature,science,this would be a great platform for me to stabilize,stand out and fly higher.

KPMG. Reason being that it Gives an international experience to employers plus the high remuneration rates

Safaricom - I think it offers a conducive working environment for its employees, creating an incentive for improved productivity.

My dream Job, World vision or Samaritan purse because they focus on changing lives of the vulnerable children and unlock the untapped potential in these young children. Building the future of Children's is my passion too.

i would like to work in Cocacola company. Because it is a multinational company

WTO(World Trade Organisation) I get fascinated by how trade blocks within the United Nations work. This was my favorite unit during my undergraduate degree. I would like to get a hands on experience on how transformation in Information Technology has affected regional integration and laws that govern different trade blocks within the United nations.

Safaricom due to high rate of growth for the past years of service. Safaricom's future sounds greener.

British high commission or UN-i love the dynamism of opportunities and where everybody feels is somebody;working with a great team with different race and gender amazes me

Sure, that sounds amazing. You'll also have a totally different experience

I would love to work for un(United nation).they offer a chance for growth and stability

I would really like to work with standard charterd bank, I just feel comfortable with it

Embassy of Switzerland (or any other) in Nairobi, Kenya

One of my goals is to work for the United Nations in this new decade.

Netflix. Since I love movies, I would like to be part of a team that provides a platform containing quality and A+ rated movies.

Am ain't surprised about google because their services are now part of our lives and so the larger the job opening should be , even the number of those who dream & which to be such a team really it must be abnormally big world all over... E&Y, PWC there such amazing employers am actually wondering how they are able to do it year in year out. Suprisingly my dream work place isn't among those but the British High commission...and why? Because of it's organisational culture 😍😍.

Kindly help me to get job

My dream Company is Price Waterhouse Cooper's. This is based on the great and lucrative wealth of knowledge that staff obtain including being placed in the level of highly regarded employers. This can propel me to my joyful career limits

KenGen. It is a great employer with an outstanding corporate image. Also has a capability to develop ones skills for career growth

United Nation because of their drive towards protecting our surrounding e.g Environment,Human Beings