How I Got My First Job - Jacob Ouko

At times, I wished I had a hook up! If I did, I wouldn’t have had to go through all those nervous interviews. 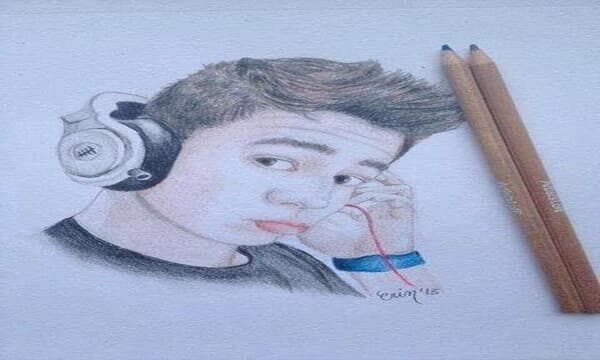 A while ago, all of my friends had jobs and I didn’t. That’s because they had a ‘hook up’ At times, I wished I had a hook up! If I did, I wouldn’t have had to go through all those nervous interviews, or waste my ink on those applications that probably got thrown in the trash. If I had a dollar for every time I filled out an application, I wouldn’t need a job!

My job search started when I turned 16. I went from store to store and filled out applications back to back. One day I asked my grandmother, “Why does no one want to hire me?” She said it was because I didn’t have any experience. How was I supposed to have experience when I’d never had a job before? McDonald’s wouldn’t even hire me. I applied there so many times, it was a shame.

The Gap was one of the hardest places to apply. Once you fill out an application, the managers interview you right on the spot. It made me so nervous that I couldn’t talk right. The first question they ask is, “Why do you want to work for the Gap?” Your mind is telling you to say: “For the money, dummy.” But you don’t want to say that because you don’t want to make yourself sound greedy, even if it’s the truth.
So I’d say, “Because I’m familiar with what the company does. Which is sell clothes.” (Doesn’t the interview sound good so far?) Yes, but not for long because there was this one question that always
seemed to get me every time: “What can you bring to this company?” I don’t know, maybe more customers?
Every time they asked me that question, my heart would stop and drop all the way to the floor. By the time I got ready to pick it up, I heard them say, “If we don’t contact you in 24 hours, you didn’t get the job.” I don’t know about any of you, but to me that question is quite hard to answer. I got the impression that the manager wanted me to say a certain thing. Like, there’s one right answer and if I get it wrong, I’ve failed. But if I was asked that question now, I would say, “I’m a hard worker and a very reliable person, and with those kinds of abilities I cannot only do a good job, but I can influence other employees to do so too.”

One time I was so close to getting a job at Burger King. My friend Cindy, who was supposed to be my “hook up,” told her manager that she had a friend who wanted to work there. So I went down, filled out an application and handed it to the manager personally. He called me two days later and told me to come down the next day and bring my working papers, Social Security card and a picture ID. ‘I Got the Job’ I was so excited when he called, I started jumping up and down screaming, “Grandma, I got the job, I got the job!” Like I won the lottery or something. The next day I went down there early for my interview. The manager was in a meeting, so he sent the assistant manager to interview me. (Mind you, she was new).

“But what does being 16 and a half got to do with it?”
“Because…” she tried to say. “I don’t want to hear it, miss. That
doesn’t make any sense. Can I please speak to the manager?” I yelled.
“You’ll have to wait until he gets out of the meeting.”
“Then I’ll wait,” I said.
So I waited a half an hour, watching the assistant manager interview other people, including my other friend Shantel. She got the job with no problems, because she was 17. When the manager came out I immediately approached him and asked, “How old do you have to be to work here?” “Sixteen,” he said. “Why did the assistant manager tell me that I have to be 16 and a half?”

Group Interview
“I didn’t tell her that,” the assistant manager said. “I put a question mark on her application because she attends school in the day and you told me you were taking people that could work during the
day.” “Oh, you’re right,” the manager said. And he walked out of the store before I could tell him that my friend got hired and goes to school. I looked at the lady and rolled my eyes. But after I thought about it, I realized that I shouldn’t have yelled and acted like I did. That was very unprofessional. I should have just left it alone, said, “Thank you,” and walked away.
During the holidays I tried Gap again. I answered all the manager’s questions. My heart was going to drop, but I held onto it. After the interview I got kind of excited because the manager said, “OK,” took out a piece of paper, handed it to me and said, “You have a group interview on the 2nd of December at 4:30. Be there a half-hour early.” My heart made a complete stop.
A group interview is when you’re not the only one getting interviewed. The manager interviews several people at the same time. I was kind of disappointed because I thought I was going to be hired on the spot. But another part of me was excited because I had never gotten this far with the Gap before.

Picking an Outfit
On the day of the group interview I got there an hour early. I know, I was desperate, but it’s good to get there early. By the time 4:30 came, there were eight girls including myself. Well, to me the interview was fun. The manager gave each of us a card and we had to pretend that we worked there and were picking out an outfit for the person described on the card. My person was a female looking for an outfit to wear for a date. She didn’t want anything loose or baggy, and she didn’t want anything in denim. So I picked out a black skirt and a black dressy shirt and a little handbag. During the interview we had to describe the outfits we picked and why. Then the manager asked us some questions and the interview was over. She told us that if we didn’t get called for a third interview, then try again next year. Third interview! What do they think; working at the Gap is a career? I didn’t get called.
But I learned, through McDonald’s and the Gap, that a lot of jobs are very hard to get. And despite all the bad luck that I seemed to have, I didn’t give up. Eventually, I finally found a summer job.

It’s a Start
There was a summer job program in New York City that I never knew about while I was applying at fast food restaurants. If you live in a housing project like me, you may qualify. You have to do almost everything, like keeping the projects clean. (I don’t mind being in the sun; I need a tan). I know some of you are thinking, “I’m not cleaning up for nobody.” I was thinking the same way. But hey, it paid minimum wage and it was a job. And cleaning isn’t that bad! Besides, you have to start at the bottom before you reach the top. And the next time I looked for a job, it was that much easier. I already
had work experience.

It takes a brave person a short-while to get a job.

Very nice story. Can you answer me this question? How am I supposed to have experience when I never had a job before?

Very encouraging. Thumbs up for your resilience in job search. You've motivated me to press on. Thank you.