How to disagree with your boss

How do you speak your mind without making it a battle of egos? Yes you have worked hard and invested time in your project or idea and therefore are attached to it but you can still show passion rather than emotion in your argument. 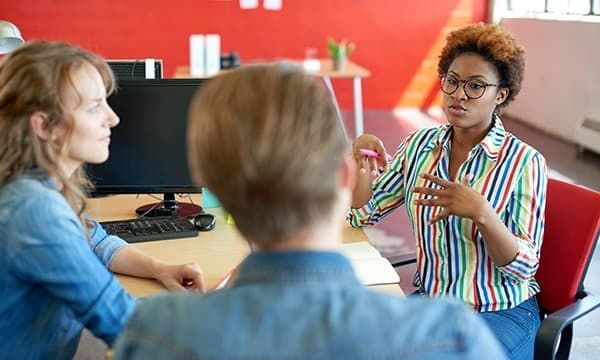 You pride is short- lived just after delivering that presentation leaving most of your colleagues awed by your ideas but the boss shoots them down with barely any explanation. It’s probably obvious that you would want to stand up for your idea especially when you are sure about being right and the boss being wrong; not unless s/he is the uptight kind of boss and arguing trying to prove your point might as well be detrimental to your career.

So how do you speak your mind without making it a battle of egos? Yes you have worked hard and invested time in your project or idea and therefore are attached to it but you can still show passion rather than emotion in your argument. Your boss got to where s/he is not by luck but expertise, experience and training. In short, s/he earned it. Turning you down can also be an intuitive decision or one that’s informed by experience, expertise and training meaning it’s up to you to find out why. Here are a few tips on how to do it:

Get to know your boss; knowing your company’s and boss’ tolerance to disagreement is important in helping you know how to approach him/her. For some it might be wise to wait for the right time, preferably meet them when they are alone unlike disagreeing in front of the team. Understand what crosses the line and what risk or reward you stand to get for disagreeing.
Appreciation and respect before dissent; show appreciation for the feedback you are given, for example, “I understand your concern about…” This not only shows you appreciate your boss’ opinion but also respect his/her position as a boss. Ones you have shown them that sense of respect, it will be safer for you to express your opinions openly and honestly.

Bullet-proof your argument; do your homework to back your argument with facts. Failure to do this, the boss will question your credibility or worse make an assumption of you being intellectually lazy. It might be hard for you to recover from this or the boss will not see value in giving you his/her time. Your research should include questioning and weighing in on all other options, this will get you prepped enough.

Communication; this I must say is not the strongest point for most of us, but what is the point of knowing and not working on it? Make it a habit to always start you arguments positively. For example, instead of using ‘but’ try ‘I suggest’. This shows you are receptive and open to` your boss’ idea and not being defensive.

Organizations that embrace disagreements and constructive criticism are more likely to be dynamic. As the boss, you should allow your employees to challenge your ideas and push you to think differently and most importantly put their ideas to test; take advantage of their skills and talents as much as it’s your prerogative to make the final decision. May be we should ask, how should a boss disagree with a subordinate?