How to negotiate for a pay rise

Knowing your personal market is key. Research on the market pay rates for the position you hold; you can do this by checking out job advertisements and how much is being offered. You can also gather information on the same by networking with employees in similar roles and industry to gauge the salary competitiveness. 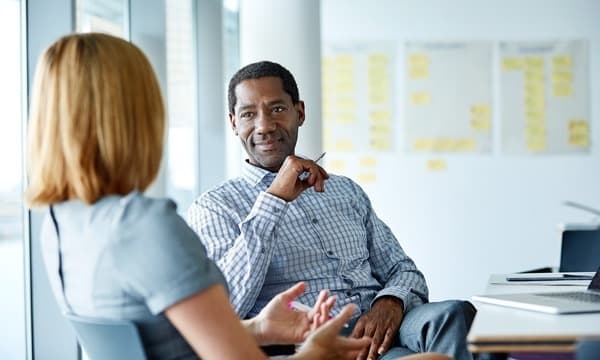 It’s probably that time of the month when some of us are almost camping at the ATMs; compelled to have patience as a virtue waiting for what is owed to you (owed because you’ve worked for it and therefore deserve it) to check in. But then again, when it does check in it only reminds you of that appraisal and salary raise you have been longing for, which according to you is overdue. With the presumption that your boss is also thinking of the same issue you choose not to ask about it or at least mention. You would be surprised to know how many things run through his or her mind which only means that appraisal you have been thinking so much about  hasn’t crossed his mind or is probably forgotten.

Time spent in front of the mirror prepping on what to say while asking for a pay rise is not enough. Pay rise negotiations happen to be somehow similar to your initial salary negotiations when you were joining the company. This puts you in a fundamentally strong position since you have worked in that particular company and have proven how productive you have been. Asking for pay rise shouldn’t therefore be a stressful, nerve wrecking affair or awkward as it turns out to be for some. All you have to do is make your case! Here are a few pointers for you.

Every attack requires strategy, so do you. Find out how often your employer reviews their employee salaries. Most employers give increments once a year especially at the close of a financial year when performance appraisals are done. This means that it’s unlikely for you to be given a pay rise during any other time with an exception being only when there is a dramatic change in your responsibilities.

Knowing your personal market is key. Research on the market pay rates for the position you hold; you can do this by checking out job advertisements and how much is being offered. You can also gather information on the same by networking with employees in similar roles and industry to gauge the salary competitiveness. It should be noted that the education level and years of experience play a major role too. However, some organisations have policies against disclosure of such information.

This is the part you explain to your employer the value you bring to the company. You should be keen to highlight the following:-

All this said and done it’s time to get it done. In this case, you need a meeting set up. Under no circumstance should you ambush your boss by the water dispenser or by the lifts with a request for a pay rise. Be sure to focus on deserving rather than needing the pay rise to avoid being frustrated; you will need to sell yourself just as you would sell yourself to a new prospective employer.

As optimistic as you may be, it’s important to know that your request may be turned down and know how to handle it. If it happens, ask your boss when he expects the situation to change and when you can approach him on the same again. If you get turned down on the basis of performance, show your interest on improving by asking for recommendations on how to excel in your current role as well as positioning yourself for the next role.

P.S you are worth it.

I would like to be paid 700,000 and above according to the economy of Uganda

How can you handle the boss who can't pay the full amount at the end of the month? And what could be the intation of doing it?

in most cases bosses fear labour iose and so doing they keep half pays . My advise is show both the willingness for work and she will keep full pays

What happens when you get turned down more than once and yet your performance is not in question? How do you deal with a boss who wants to keep you on staff but pay you below market rate?