Irrelevant courses in the next ten years

With automation, some of the careers some of us pride ourselves in will no longer exist for humans neither will the courses we so cheerfully slave for in campus. 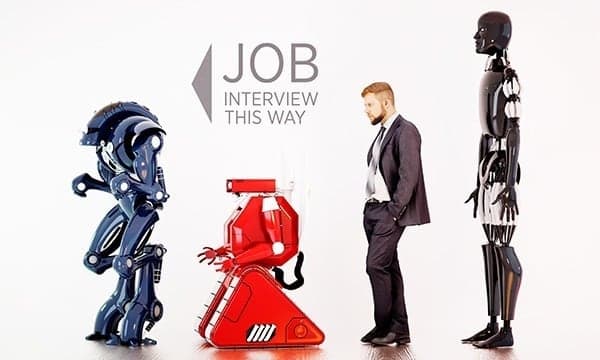 Automation, which Google defines as ‘the use of largely automatic equipment in a system of manufacturing or other processes’, is slowly becoming the in thing thanks to technological advancements. One such use of automation is robots. Robots are already in use in some countries to replace basic work that humans used to do. Robots are being trained to think and understand the needs of human beings and assist. With automation, some jobs have already been rendered irrelevant and as human beings continue innovating, more and more jobs will become extinct.

Automation has largely led to an increase in unemployment and job insecurity around the world; both in the developed countries and the developing ones. The Industrial Revolution in the 1800s was a good example of automation. With it, many laborers lost their jobs due to the use of machines. And this trend continues to grow with technological advancements. We have all been prepared for automation from way back when movies had robots doing tasks that were ideally fit for humans. That future is now slowly catching up with us.

With automation, some of the careers some of us pride ourselves in will no longer exist for humans neither will the courses we so cheerfully slave for in campus. Research estimates that about 70% of the courses being studied by young people will become obsolete due to automation. Young people need to be taught more on entrepreneurship and digital skills to prepare them for the future job market. Additionally, the youth, which comprise of a large population in any nation, need to be guided on courses that they can pursue that will impart in them meaningful skills 10 years to come. Here are five courses that will be irrelevant in the next 10 years:

1. Accounting
Robots (though not fully ready) are being trained to do tasks that we are used to doing. Very soon, we will have a robot sitting in front of a laptop and handling bookkeeping. Accountants will no longer be an important asset as such to organizations. Bookkeeping is being already being eliminated with cloud accounting systems and automation. With artificial intelligence, the whole accounting business will be redefined. A good example is the filing of taxes which most organizations have embraced and are doing online. As such, an accountant whose main focus was on tax management might find themselves with little or nothing to do at all. Accountants will therefore need to adapt and find better ways that they can use to leverage their skills.

2. Hospitality and tourism studies
The internet and the online space has opened up business opportunities for many people. The digital era that we live in has seen many businesses move online in a bid to make things easier and convenient for their customers. Travel agents and flight attendants will no longer be a course that many people will pursue. With online sites like Booking.com, Trivago or Skyscanner, one is able to comfortably compare flight tickets for different airlines and make book their flight tickets. Additionally, with the use of screens to give safety measures on airplanes, the number of flight attendants aboard any airplane will decrease.

3. Pharmaceutical studies
Most pharmacies in town have up to five attendants whose job mainly involves getting your prescription and giving you the prescribed medication. Additionally, besides prescribing medicine, they are also involved in ensuring that the pharmacy store doesn’t run out of medication. Robots are being trained to listen to speech and some of the tasks pharmacists handle will become automated. But how then can a pharmacist maintain their relevance in the era of automation? One can consider going back to school, getting a degree in medicine and becoming a doctor or pediatrician.

4. Journalism/Media studies
With digital media, the TV set is no longer our main source of any type of news as it were in the 80s or 90s. With social media applications like Facebook, Instagram and Twitter, people are able to get and spread news much faster than media houses are. Additionally, with bloggers on the rise each and every day, people no longer have to wait for 24 hours to get news published on newspapers for them to buy them. Bloggers like Bikozulu or The Magunga are generating much more through their writing and have created an audience that are the least interested in newspaper purchase. YouTube has also made it possible for people to go into v-blogging. With all this, all one needs is good internet and they are good to go.

Take time, observe the changes that are taking place in your particular industry and know the new skills you need to acquire overtime. Any other courses that you think will be irrelevant in the next ten years?

Wonders shall never end, my God help us in our careers.

Terrible, the world is realy moving