During my free time, if I was not binge watching some series or playing FIFA, I would sometimes get source codes of applications, both desktop and web applications, and use the source code to build some mini-applications.

Now more than ever, companies are paying attention to consumers’ needs by doing research when creating products and solutions. It’s actually believed that people ignore products that ignore people.

Our very own Mark Njihia has made it his responsibility to be the functional and personal bridge between Fuzu and its users. He is part of the tech team responsible for how Fuzu looks and works. As an experienced Front-end Developer, Web and UX/UI Designer, Mark has specialized in translating brands into a digital context which users can interact with easily. Here is the story he shared with us on how he became a wizard in a field that has fast grown in popularity as society moves fast to be connected:

Some people can’t tell the difference between a Front-end Developer, UI and UX designer. Let me break it down for you. A front-end developer architects web applications using web technologies such as HTML, CSS, DOM, and JavaScript, which run on the browser or act as compilation input for non-web platform environments like React Native.

Dropping Accounting for IT

When I began working towards my career journey, I pursued a diploma in accounting, A.C.C.A, which I undertook at Strathmore College because I always wanted a career in the financial sector. However, on reaching the final stages of my diploma, I was unable to complete it because I was young and didn’t understand how the world system works, especially how our entire monetary system is set up.

My parents advised me to take a break from my accounting studies and get a degree. My degree choice was inspired by one of my A.C.C.A. lecturers, he taught us Strategic Management and was really tech-savvy. He made a light comment during one of our classes. He said that in a few years time, entry-level accounting jobs could be done by anyone, not necessarily an accounting trainee, because of advancements in software and only senior accountants who could give an accurate interpretation of data would be needed by organisations. Those comments were made back in 2011. In my opinion, his prophecy came true since the senior interpreting accountants he was referring to are now the data analysts but I digress.

I wanted to do a degree in Computer Science, but I figured that would take long, thus I decided to do BBIT since I would get exemptions. I chose Africa Nazarene University since they readily acknowledged my previous studies and would exempt me some units. At Africa Nazarene University, I really appreciated my liberal arts classes: Sociology, Economics, some introduction to the trivium methodology and did enjoy the programming classes too. They made a decent effort to create a holistic education curriculum which was difficult for most students to appreciate because of our cultural emphasis to study for exams’ sake instead of knowledge’s sake. A great national education system should be holistic and not output-based. 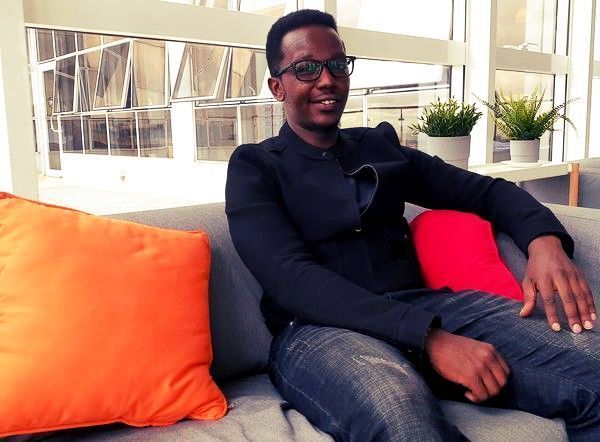 While in campus, during my free time, if I was not binge watching some series or playing FIFA, I would sometimes get source codes of applications, both desktop and web applications, and use the source code to build some mini-applications. I used to check out desktop apps in 2013 but I got bored and stopped. In 2014, I started playing around with web applications. Mostly Joomla CMS and HTML5 templates. In that year, there was a shift in design style from skeuomorphic to flat design. I found the aesthetics of the flat design really appealing, especially its minimalistic approach, the elements designed with it came out as simple and sophisticated. It was really cool. This inspired me to play around with HTML5 templates having a flat design, I was highly interested in making such layouts. Hence those two years, 2013 and 2014, built a foundation in my software development and design capabilities.

I later on got a position in a web agency as a Web Designer, several months before my graduation. The role involved making corporate and personal websites for clients. The technologies I mostly used were Php and WordPress. It was a fun place to work but the remuneration was not that great but I gained experience in WordPress, an in-depth understanding of design principles and how to use browser developer tools.

Right after graduating, I got a position as a Frontend Developer in an asset tracking company. Where I converted mockups into functional web layouts and designing layouts. It was an interesting role but at some point, I felt I could not grow thus I began job hunting. I served at that company for almost three years. I became proficient in Javascript from working this role since the application was really Javascript heavy.

Getting my next job was not as easy as the previous two jobs. There was rejuvenated competition to the most common Javascript library for DOM manipulation, jQuery. The new kids on the block were Angular, React and Vue js. Most employers began requiring knowledge in either one of them, especially Angular and React js thus one could not get frontend development jobs if you lacked any of them. To be employable, I had to learn one of them. I chose to learn React js, I liked the philosophy behind it and it seemed likely to outdo the others, which it did.

I also had difficulties mastering React js. It was relatively new, so finding great tutorials was not easy, also home fibre internet was not widespread at that time thus streaming tutorials was an issue. I had also not studied software design patterns which made it difficult to master it. Failing to study fundamentals like this is a common occurrence, especially when one is self-taught. Lastly, I made the mistake of learning React js in combination with Redux js which further complicated things. It took me around 6 to 8 months to master it. Thus I could not apply for frontend jobs during that duration because I would have failed the interview process anyway. 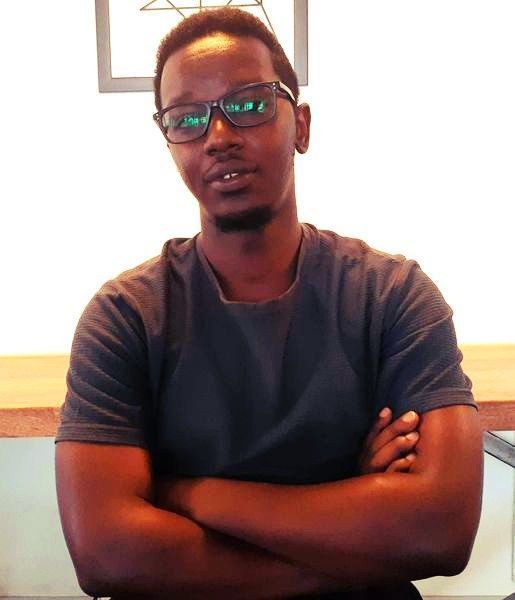 After I had mastered React js, I was back in the job market searching. I attended several interviews, some of which I failed and others did well until I landed a Frontend Developer role at Fuzu. Funny story, I heard about Fuzu from my mother, she asked me to check it out but I put it off for a couple of months (some kids don’t listen). I applied for several jobs on the site, the application process seemed well organised and I liked it.

My role as a frontend developer at Fuzu involves implementing designs that our designer(s) make(s) into functional web browser components, fixing the bugs that arise from the process and general tweaks to make the user interface and user experience smooth. The process requires one to be user-centred so that the user interface and experience becomes immensely intuitive.

The design process at Fuzu involves deciding on features to be worked on, the requirements of these features are then interpreted into design mockups by the designer(s). Finally, the designs are then interpreted into functional code to have the new features. This is a cyclic process. My role involves turning the designs made by the designer(s) into user interface components for the web browser, these components are then used by other developers including myself to present functionality of the features to the Fuzu users. The features could be new or improvements to existing features.

An example of a feature improvement is the recent changes to the job application flow. The changes made were making the job page reactive (making it feel faster) and shortened the application process. In the near future, you should expect modern, trendy and fast interfaces from Fuzu.

The design trend that has caught my eye lately is the popular use of san serif fonts as the main font on user interfaces. San serif is a typeface that does not use serifs. Serifs are small lines at the ends of characters. I find them more legible than serif fonts.

If you would like to pursue a career in frontend development and UX/UI design you should look up Color Theory, Gestalt Principles, Design E-books, Udemy  and Front End Masters.

Thanks Dud for the inspirational stuff. Victor(Software developer looking for job)

Thanks for the message. It really empowers the upcoming generation mostly me

The story is much inspiring but i would wish to understand more ,the way i can benefit i have been using fuzu with no success but not losing hope

Your commentshi everyone,I'Am writing to anyone who will get time and read.I have a form four certificate and scored amean grade c minus,i joined mout kenya university and after a month i dropped out due to lack of school fees therefore am requesting for any job available. someone to reach me out on 0710350899 i will really appreciate

Hi Essy, kindly reach out to [email protected] for assistance.

Hi Meshack, kindly reach out to [email protected] for assistance.

Bro that had been a great prayer that broke all your chains so bro can you please kindly also include me in your prayers.Didas Path Ssebaggala(Didas Africa)atour guide by professional,God bless you.

".......Funny story, I heard about Fuzu from my mother, she asked me to check it out but I put it off for a couple of months (some kids don’t listen)." Great Story Mark. Now Mummy has told you to send me MPesa but again you're not listening!

Inspiring...Thanks for sharing this. you are a role model Mark!

A very touching story thanks for your encouragement keep it up Mark.

I have always loved programming. This is truly inspiring

For every great person, they sure do have a story to tell. Hoping to tell my own in the near future. Thank you.

thenk you mark for sharing the story

We have several things in common, we share a name, 'Mark', I have a degree in BCOM(Accounts major) and am self tought backend developer, now that sounds funny!! My workments sometimes ask me how I've made it this far and to be honest I just don't know to tell. Reading your experience took me back to those days when I would spend hours on my computer looking through code I got from developer communities and help platforms. To me it's still a habbit that I can't break, and given the nature of this industries keeping up with technology is kind a challenge. But man, thanks for sharing, I'll just share your story with my workments. It's just inspiring. Thanks Mark!!

Hello, I have been applying with you guys for almost 4 years, and never got a job...I only had countable interviews. This year only two interviews. I really need a job, my grandma's billy are pilling up. Am the only kid. I have to take og both of them plus my younger sister, she supposed to be schooling. But she can't because I cant manage....please help.

Your story has really inspired me and i have read it on and on. Thank you for sharing.

I am impressed and encouraged, Thanks Mark

Very inspiring story, thanks mark for sharing it may it inspire more people.may God lift you up.Abraham Owino

Very interested story, well prefer I apres in to at work dear,splendid