Part Two: Don't Say These Things When You Quit Your Job

This is the second article in our 3 part series, "How To Quit Your Job". You can find the first article What To Do Before You Quit Your Job here. 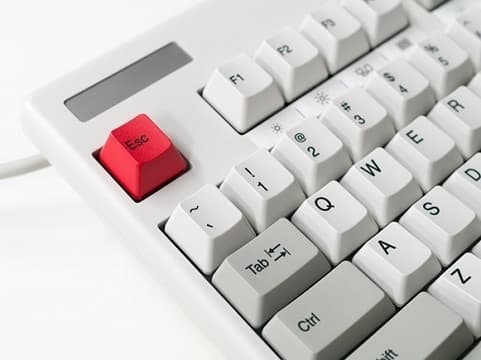 Just like relationships, not all job pairings are a match made in heaven. You might find yourself wanting to quit your job for a number of reasons. It could be that the job is no longer challenging you like it did in the beginning. Perhaps you’ve decided that a career in a different industry is what is in the cards for you. And maybe, like in most cases, you’re no longer happy at your current workplace. No matter what the reason for wanting to leave your job is, there are some definite “don’ts” when it comes to that conversation about why you're leaving.

I’d be lying if I said there wasn’t at least one moment in my career where I thought about the dramatic exit because I wasn’t making enough money. You know the one? Where you slam your laptop shut and declare, “I quit!” and if anyone asks you why you say it’s because they don’t pay you enough. The problem with this is that you don’t want to a potential new employer to see you as a disgruntled employee. It might be true that you’re leaving because of low pay but you don’t need to make it the central focus of your leaving because word always gets around to other employers.

Your boss is terrible

While I’ve been lucky to have worked for some pretty great managers, I know from old colleagues and friends that not everyone has. A terrible manager can frustrate you into leaving your job but bad mouthing them during an interview or in networking circles could be the thing that costs you a new dream job. This doesn’t mean you should be honest in your exit interview about the difficult relationship you had with your manager. It simply means that it’s not the thing you want to advertise as your reason for leaving your job. Remember, your manager could serve as a reference especially for jobs that ask for the last supervisor as a must have on your CV.

The company is going down

The working industry is no different to any other circles of like minded people - there will always be talk. If your company is a mess when it comes to internal issues then chances are that other people in a similar industry already know. You don’t want to burn your bridges by telling your manager the reason you’re quitting is because the company is a mess. It's kind of like making fun of your mum - it's okay when you do it but not when anyone else does! The company might be going down but you’re heading on up. Keep it professional and calm as you move on to your next step.

What’s the craziest thing you’ve ever said when you quit your job? We definitely want to know!

Not sure if quitting is the right move? Read part one of this series.

thank you for the opportunity, i'm happy that employers can access my applications.