The recent setback experienced by the betting industry in Kenya as a result of the new legislations introduced by the government is a good example of how bad legislation can affect business. 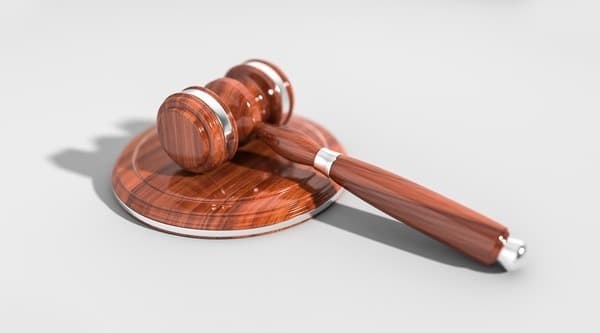 One of the most significant elements that can greatly impact the success of a business are the laws and regulations that govern their operations. The recent setback experienced by the betting industry in Kenya as a result of the new legislations introduced by the government is a good example of how bad legislation can affect business. Finding a way to handle such potential obstacles can determine the kind of progress enjoyed by your venture.

The Kenyan government recently declared war on the betting industry, and backed their threats by introducing a couple of legislations meant to derail their activities. The first attack came in the form of a ban on gambling ads on social media and outdoor advertising platforms. The second stroke was more severe, as they revoked the licenses of multiple betting firms for failure to adhere to a variety of recent requirements that had been introduced by the government via the Betting Control and Licensing Board.

Businesses are expected to adhere to laws and regulations even when some of the laws may seem to be intentionally designed to inhibit positive progress of an organization.These negative legislations can cause numerous problems and at times lead to the demise of a company in the long run.

Finding ways to overcome such terrible legislations can be crucial to the survival of a company. Unfortunately, there are only a few options available when seeking such a solution. Some of them include:

Joining forces with other businesses in the same industry or facing similar problems is one of the more effective solutions available. If you’re a small business, then expressing your displeasure with a particular law may be hard to accomplish. Finding other organizations that share the same unrest, however, can turn the odds in your favor.

An official group of established businesses can be harder to ignore than one voice when trying to gain the authorities’ attention. You can either choose to form your own support group, or join an existing one that shares similar concerns. Delivering your message through such avenues can have a significant impact on the decision-making processes involved with the development of such laws.

In some cases, you can battle the implementation of such legislation in court. Betting firms in Kenya, for instance, had managed to have a previous ban lifted after they fought the decision in this setting. This, however, could represent a lengthy and costly process - and thus it isn’t recommended for businesses with limited resources.

You can choose to join forces with other entrepreneurs in cases where you don’t have the financial resources to conduct the battle on your own. It is cases like these where the grassroots support groups mentioned earlier come in handy.

A more affordable approach when dealing with this issue is using the local media to get your message across. Ensuring these platforms are aware of the travesty taking place can slow down the progress of such laws as their makers attempt to maintain public relations. This objective can be easily accomplished through conducting a few interviews with TV and radio stations across the region.

The stations are not likely to charge for such exposure, especially if the story involved has a public appeal that would attract the attention of their audiences.

Thanks to traditional and social media platforms, communicating with the public has become easier than ever. If your product or service is used by numerous people across the region then any laws established to prevent their delivery will not be met with much enthusiasm. Gaining support from the public against such legislation can thus be easily achieved.

You can organize various movements depicting your dissatisfaction with the legislation in conjunction with your consumers.  These can include, peaceful protests, gathering signatories, and arranging sit-ins to name a few.

All in all, you should never try to battle these laws in an aggressive manner. Governments and related policies should be respected for the sake of stability in a region. Any action that encourages violence or tangible destruction may lead to even worse repercussions.