There is no official established translation of the word to other languages, but according to Wikipedia, “Sisu is a Finnish word which loosely means stoic determination, grit, bravery, resilience, and hardiness. Sisu is about taking action against the odds and displaying courage and resoluteness in the face of adversity. 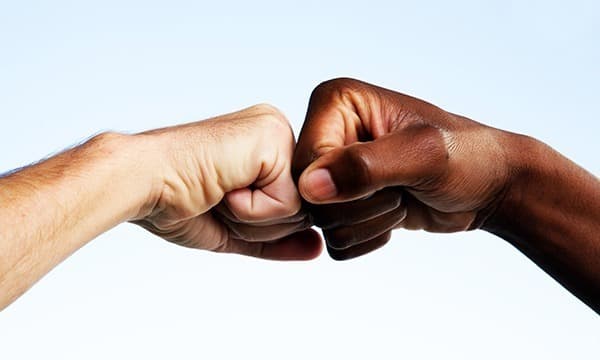 The Finnish people are quite peculiar when it comes to their attitudes. They are known worldwide to be very hard-working and persistent in their ways to push their own selected missions forward. The Finns may also be stubborn when they decide to do something and eventually want to get it done.

For this typical peculiar Finnish mind-set, there is even a particular word in the Finnish language: “sisu”. There is no official established translation of the word to other languages, but according to Wikipedia, “Sisu is a Finnish word which loosely means stoic determination, grit, bravery, resilience, and hardiness. Sisu is about taking action against the odds and displaying courage and resoluteness in the face of adversity. Deciding on a course of action and then sticking to that decision against repeated failures is Sisu.” That says it pretty well actually.

Sisu is quite commonly present in the Finnish entrepreneurship and working life. The Finnish people are often expected to be sisukas, not willing to give up easily, preferably not too soft a character, but instead strong individuals who get results. Further, many people get rewarded based on their sisu, their ability to show endurance and determination.

The word sisu also contains some sort of individualism in it – people are not easily willing to share their ideas or look for help from the others but instead wish to achieve results on their own, sometimes with minimum interaction with others if possible.

To conclude, it is difficult to imagine any Finnish success stories – whether in business, politics, sports or entertainment – without a certain dose of sisu in them.

Fuzu is a company of Finnish origin, so naturally the Finnish culture and habits are present in everything we do. But instead of Finland, the Fuzu business is currently very much focused on African markets, and in particular Kenya.

In contrast to the Finns, the Kenyan people are often very positive and joyful, group-oriented rather than individualistic, talkative and open rather than silent and closed, and prefer sensitive rather than direct communication style. There is no concept of sisu in languages spoken in Kenya, as far as we at Fuzu know (if you know better, please send us a message!), and we are not at all surprised.

There is constantly a risk (or blessing) of a culture shock when Finnish sisu and the Kenyan mind-set meet each other in daily personal interactions at Fuzu. On one hand, the Finns may be too stubborn for the Kenyans to understand, are not always ready to let go of their thoughts or wishes, and sometimes they may also think quite negatively. On the other hand, the Finns can spar Kenyans when certain persistence or results-orientation is needed in business, thereby complementing the above-mentioned Kenyan mind-set quite well. In our view, sisu is neither good or bad, but instead its impact depends on the circumstances.

And, there are plenty of things that the Finns can learn from Kenyans as well. For instance, Kenyans can teach the Finns to improve their communication skills, group-work skills, adaptiveness and flexibility, as well as cultural sensitivity to perform in multinational and African settings.

At Fuzu have realized that the combination of Finnish sisu and Kenyan positive thinking and socially active lifestyle are a great match! In our company, there cannot be one without the other: we are determined to make our business fly across the African continent, but we also want to enjoy working together, celebrate joint successes and laugh together. And it also goes without saying that we respect each other’s´ thoughts and habits and do not wish to force our own cultural characteristics down the throat of the others.

While Fuzu is still in a fast growth mode and not yet an established global company, our own company culture is already starting to shape, thanks to the vivid Kenyan-Finnish interactions. We wish to take the best of both worlds: be sisukas and fair (very Finnish) and also human and joyful (very Kenyan) at the same time. When sisu and Kenyan optimism and openness collide, the results start to look pretty amazing and we are all stronger together!

Fuzu is a Finnish-Kenyan company that develops career guidance, online learning and recruitment services for the emerging markets. We help people to take the next step in life, get inspiration and unleash their hidden potential. Our team is full of “sisu” and we believe in working hard, being persistent and changing the world. Click here to see how your company could benefit from Fuzu recruitment and learning solutions!