Warning signs that your company is collapsing

Anyone can find themselves in such a predicament whereby delayed salaries and job uncertainties become the norm. What signs should you look out for and what is the best thing to do? 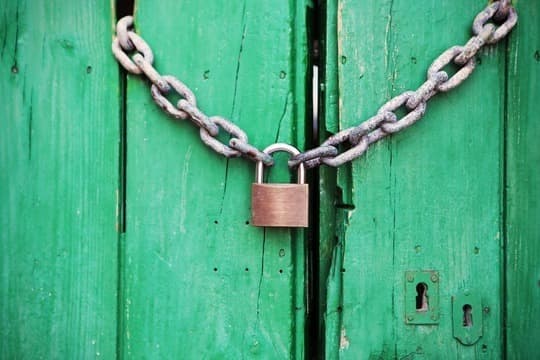 Nakumatt was by far the biggest retail chain in the region in terms of both network and turnover. Founded in the 1980s in the cosmopolitan town of Nakuru, Nakumatt started as a small retail outlet and grew over the years establishing a total of 66 branches across East Africa. This was a commendable job considering not many family-owned businesses go that far. But all has not been well; Nakumatt has been making headlines in the news due to its debt situation, closure of branches and laying off of employees.

Anyone can find themselves in such a predicament whereby delayed salaries and job uncertainties become the norm. What signs should you look out for and what is the best thing to do? The following are signs that you are working for a struggling or failing company.

Frequent layoffs; you shouldn’t bury your head in the sand when you start noticing that you are having more empty desks than filled ones. This will be like celebrating that you have survived a layoff not knowing the next one is around the corner.

Alarming revenue drop; when there is a consistent drop in revenue and increased costs, a company might be forced to cut down the costs. It can start with the smallest things around the office such as the free coffee and gradually progresses to laying off staff. Your company’s financial reports should be an ideal place to start when looking for the warning signs. Still, on cash issues, some companies ‘grow broke’. The profit graphs may be up but the working capital, on the other hand, might be up too.

The big tell-tale sign; it doesn’t take a rocket scientist to figure out that tough times lie ahead when production is slowed down or there’s a growing number of empty shelves, in Nakumatt’s case.  It should also be alarming when your company’s competitors’ business is booming in the same economy that is also growing. This implies that the problem lies with the company.

Sometimes companies collapse because of its people. To be specific the leadership, financials and other factors are just signs. As an individual, you most likely have no or little control on the outcome and whatever the decision you make needs to be a smart one e.g. should you stick around or jump ship at the first sight of trouble?

To be safe, it will be best for you to know what’s happening behind the scenes if you happen to see the signs that your company is collapsing. Having a clear understanding of what’s happening will help you cope what lies ahead and plan your next move. It might be hard to ignore the speculations being made about your company’s troubles but you can still find the courage to persevere and be proud to work for company X.

Sure Fuzu. And not able to meet its daily operations

Good to hear of this. It is always good to be upto date, and take appropriate action at the right time than to be unaware of the company's progress/decline until the time that you receive lay off letter for reasons that you need no explanation.