Get ready for the world after CovidFix your profile

We will be 'manufacturing' less jobs than expected – Kenya Association of Manufacturers.

Here are stories on what is happening in the market that you should keep tabs on. 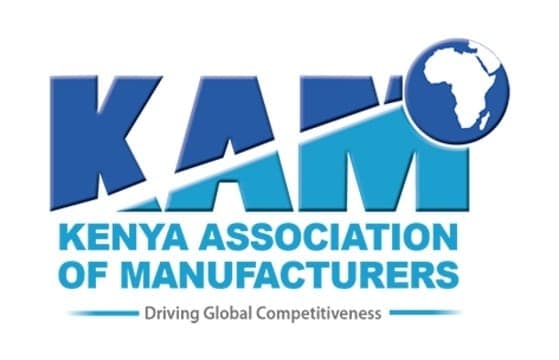 Here are this week’s trending stories. Get updates every Wednesday to be in the know.

A research recently conducted by the Kenya Association of Manufacturers (KAM) brought to light some unpleasing findings. The quarterly research found that slightly more than three-quarters of Kenyan Manufacturers did not to plan recruit new staff in the next six months.

While this is an indication of how the downturn in the economy has forced companies to make hard decisions, it is in contrast of President Uhuru Kenyatta’s ambitious socio-economic transformation strategy – the Big Four Agenda which was expected to create 800,000 new jobs. It is hard to remain calm about this, KAM.

Global tech Giant, Toshiba, has officially opened its new branch in Nairobi, Kenya. The occasion which was graced by government officials including Cabinet Secretary for Ministry of Energy, Hon. Charles Keter solidifies Kenya’s position as the designated gateway to East Africa. The new Toshiba branch set to begin operations this May falls under Toshiba Africa (Pty), the company’s main subsidiary based in South Africa.

There is no better time to be an entrepreneur than now… Antler is town.

Antler, a firm which describes itself as ‘A global startup generator and early-stage VC firm’ is the latest accelerator to launch in Nairobi. Antler aims to accommodate at least 40 “future founders” who will create startups that Antler will invest in.

How will this work? Antler will use a matchmaking model where selected individuals are encouraged to identify co-founders with whom to work on a startup idea. Antler invests US $100,000 in each startup of which US $85,000 comes in form of cash while the remainder covers a 5-month program and comprehensive support. Antler acquires 20% stake equity in the startup they invest in.

4G Capital, a Kenyan Fintech startup has expanded its operations to Uganda (Kalerwe and Nakawa). The company has successfully been supporting micro and small enterprises since its launch in 2013 and is expected to impact that market. 4G Capital provides financial literacy training and unsecured working capital credit. This move is part of 4G Capital’s expansion plan across the continent and aims to impact over one million people by 2020.