What could possibly go wrong with using emojis 🤷‍♂️?

Emojis convey messages in elegantly simple ways, however, did you know that using emoji’s to communicate could put you in a hot soup?... This calls for understanding their meaning before using them in a text / comment / etc. to ensure that you use the right emoji’s as intended. 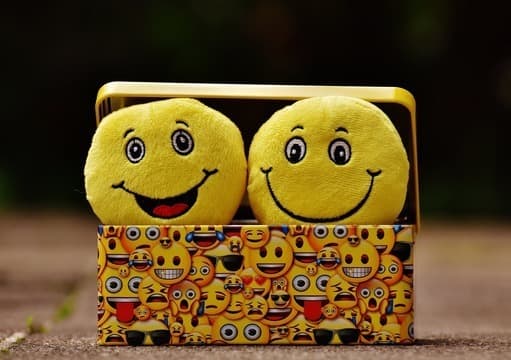 Emoticons have revolutionized how we communicate and are mostly used in text and social media communication. On surface, they are funny and visual representations of various emotions & feelings however, they can as well miserably fail and spell doom.

Emoji’s can also be an effective communication tool. Our brains process images like facial expressions much faster than words. Emoji’s can help you convey more with fewer words, and do it more clearly which helps you keep messages to under 160 characters.

What's great is that you can quickly pull up an emoji keyboard on your computer, whether inside Text Request or anywhere else online. If you're using a Windows computer, click the Windows key and period to open the emoji keyboard. If you're on a Mac, view this guide.

Examples of cases that made users of emojis regret having discovered their use include;

And many more cases have gotten people fired from their jobs over use of emoticons in professional emails.

According to Eric Goldman, “Between 2004 and 2019, there was an exponential rise in emoji and emoticon references in US court opinions, with over 30% of all cases appearing in 2018, Emoji are now showing up as evidence in court more frequently with each passing year. "They show up as evidence, the courts have to acknowledge their existence, but often they're immaterial,” Goldman says.

Well, I understand we are millenials however, you may need to be cautious while using emoji’s to communicate depending on who and how you communicate and to whom you communicate to. This calls for understanding their meaning before using them in a text / comment / etc. to ensure that you use the right emoji’s as intended.

A lot has changed on the way we communicate and perhaps no one will seat there to write a long text or be willing to read along as well. Emoji’s are here to stay, use emojis where appropriate.

This article was originally published on here by Veronica Rose, a certified Information Systems Auditor and an Author.