Why it is important to pay attention to your writing

In the current digital age many people are tapping away on their phones, communicating on multiple channels at the same time. Instant messages to friends, family and colleagues are written in fast slang with shortened words and expressions. 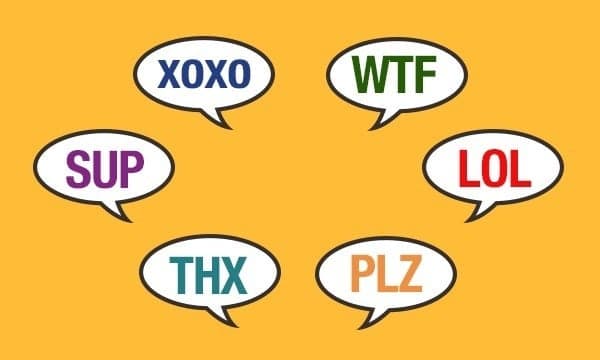 In the current digital age many people are tapping away on their phones, communicating on multiple channels at the same time. Instant messages to friends, family and colleagues are written in fast slang with shortened words and expressions.

We also see the formal and informal contexts getting more and more mixed. For example on Facebook, you may be having a discussion with your friend on one window and sending a message to inquire about a job in the next one. It’s easy to hold on to a similar tone on both. However, it is important to consider the type of message and receiver, to match your writing style accordingly. Even in social media.

We have received reports from employers running their recruitment campaigns on Fuzu, where otherwise a seemingly qualified candidate has disappointed them just by having a lot of incorrect language and spelling mistakes in their cover letter. We also see this a lot in the messages sent to us.

Look at the following two examples. Which one are you likely to take more seriously? 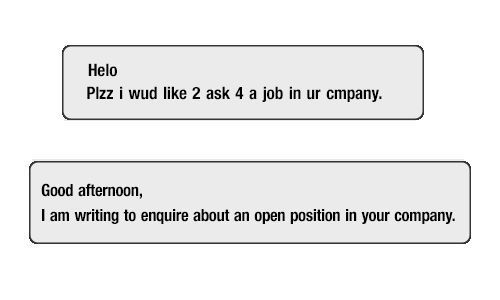 Just think how many talented individuals may be left hiding behind poorly written letters and queries. This type of instant message speak is somewhat a worrying trend as it communicates a sloppy attitude. Such language makes the receiving end think that if these people cannot be bothered to learn even the most basic rules of writing, how can they be trusted as workers!

If you are looking for your next career move, make sure that your written language is in order. A cover letter or an email message is often the first contact with a potential employer. If you fail to communicate in a clear and clean manner, you may never get any further.

By mastering a few simple writing principles you can easily gain a competitive advantage in the job search. Take note of at least these tips: 1) Use full sentences.  2) Spell the words out properly, and 3) If possible, have someone proof read your messages before sending.

If you need to brush up your writing skills, take a look at our useful (and free) self-learning material, such as:

How to Write Better English

focus on good and well constructed sentences is very important. it shows some level of seriousness within an individual. best regards.

Your comments that's true and it is a good advice

In fact it's true

True and the best way to enhance this is by proposing a procedure to upgrade our childhood on progressing on examining instructive diaries and articles notwithstanding when jobless to improve their communication abilities.

A good advice to job seekers. Communication matters a lot in the job market.

sure many job seekers language is in doubt