Women trailblazers who were the 'firsts' 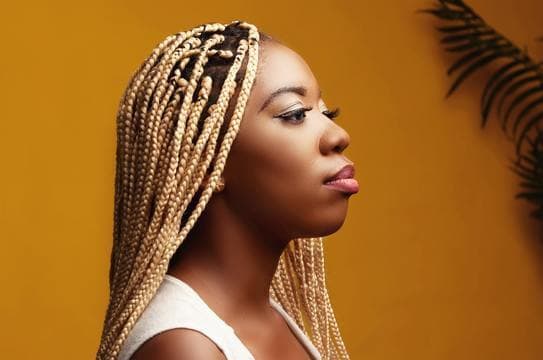 With International Women’s day approaching so fast, we thought you’d love to hear stories of women who were trailblazers in their fields as we celebrate the life of Katherine Johnson - the black woman whose calculations put the first man on the Moon. The following are women pioneers who made a huge impact in the world:-

The first Kenyan to win an Oscar. She won an Oscar for best supporting actress in Steve McQueen’s 12 years a slave in 2016.

She was the first female politician to be elected as a Head of State in Africa. She was elected as the 24th Liberian President in 2006 and reigned till 2018 when she handed over to former Ballon D’Or winner George Weah.

Broke the Boston Marathon record and the first black woman to beat Paula Radcliffe’s 2:15:25 record to run 2:14:04 in 2019. Kosgei says she was inspired by World Champion and record holder Eliud Kipchoge. She won the race the next day after Kipchoge ran a marathon under two hours.

The first African Woman to receive a Nobel Peace prize "her contribution to sustainable development, democracy and peace".  Though she died, she is still considered a hero for her activism and efforts to conserve the environment.

Am pround of being in a piecefull country.Thanks

I have watched Hidden Figures three times and its very interesting every time I watch.Women in STEM let's move the world.Viva!

so loving and interesting......looking forward in foot stepping in their shoes.

am so happy to be part of fuzu Team

Am encouraged. God bless you and the many more to come.

Wow great piece. I too celebrate my mum who was the first African woman to give birth to Peaceman ,, others give birth to peace but She gave birth to a legend.

This are the real women we are proud of. Cheers to these great women.

wonderful women we want more from them

Heroine of a kind

Like that one of Brigid's.she was encouraged by a fellow Kenyan while most Kenyans are inspired by persons from abroad especcially at international level.I think we should embrace this character

great women in the society am motivated

Harriet Tubman. From slavery to freedom an rescused many.

these were really great women under this planet. I congratulate them for the good job.

Thanks for this piece of information, however, the research is shallow. Most global happenings that affect daily family lives were inventions of black women, who most often than not were sidelined and never given the credit which went to their deputies that were white as heroes. Present more on black achievements than you depict here.

Waooo..this is great and many other more for their tremendous contributions..

wow! and Even my mother Nakiganda harriet Nambi a ugandan lady to produce me

we will always remember you

Thank you so much for the highlights above. Good motivation for us women that we can still make a big difference in society.

Eagerly waiting for international women's day to celebrate my mum for she was the first woman I saw when she gave birth to me 29 years ago, the only woman I cherish most, the only woman who loves me truely as her elder son.

I wil will be first African woman too to do smth

interesting ......i love this article.