World Cup season! Career changes made by your favorite footballers

Here are some football players whose stories will inspire you to greatness. 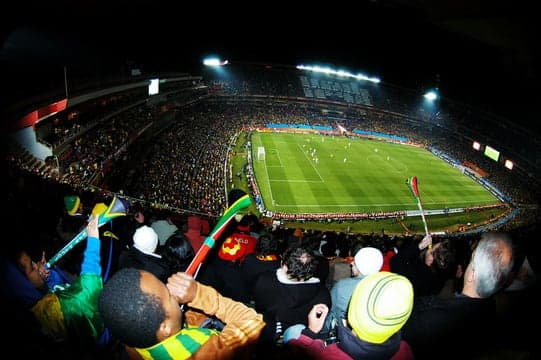 If you're a football fan, then your season to stay up late for the games and insult other teams' supporters on Twitter is here. For the rest of us, we're just happy enough to get swept away by the euphoria in a whole world event rooting for countries with players whose names we can't pronounce. So while you're in between games and going hard at your job applications or ever growing career, here are some football players whose stories will inspire you to greatness.

Most football players get their start young with junior football clubs but not everyone follows the straight path to football glory.

The goal keeper that was a film maker

Iceland's Hannes Halldorsson is now the famous man who stopped the GOAT (greatest of all time) Messi's penalty much to everyone's surprise. He says he did this by mastering the Argentinian's penalty style. Well, as an ex film maker, he probably knew what to look for! Halldorsson was a filmmaker up until four years ago. Now 34, the part time love has turned into a full time passion and led him all the way to the world cup. You're never too old to be what you want to be. Also, your fun hobby could be the dream career you never thought of.

Having dribbled and scored his way into peoples’ hearts, George Weah, was named African, European and World player of the year in 1995 which was quite a feat for an African player back then. Weah’s star started to shine when he led a team with no coach into first division – Young Survivors of Claretown. Not so long afterwards, Weah was signed by AS Monaco of the French first division at 22 years of age. He never looked back. He played for Paris Saint Germain (PSG), AC Millan, Chelsea, Manchester City and Marseille.

George Weah has managed to lead a successful political career off the pitch. He has served as United Nations goodwill ambassador and was actively engaged as an activist to bring an end the long civil war in Liberia. Having lost his presidential bid in 2005, Weah ran for the position of a Senator which he won. In January 2018, Weah was inaugurated as President of Liberia.

Who said one can’t be a bookworm and an athlete? Hailed as one of the greatest strikers and the highest scoring foreigner at Chelsea, Didier Drogba turned down offers from Paris Saint Germain (PSG) in his early 20’s to peruse his accounting career. He was so convinced that wouldn’t make a great footballer that he chose to be signed to an underdog team, Le Mans, which would allow him study accountancy at City University.

It only took his first season at Le Mans for the football gem that is Didier to be discovered. Safe to assume his love for number helped him keep track of his goals and accolades.

His is a funny story. During the 2004/5 season, Mourinho was banned by UEFA during the quarter-finals when playing against Bayern Munich. He was allegedly snuked in and out of their dressing room at Stamford Bridge using a laundry basket. All this so that could speak to his players. Talk about doing anything for your team.

Popularly know as the ‘Special One’, Jose Mourinho’s mom wanted her son to be a businessman. She enrolled him at a business school which he quit after the first day to study sports science. He started working as a PE teacher his first job being teaching disabled children. After a modest career as a footballer, Mourinho took up a job as an interpreter for the then former England manager Bobby Robson at Sporting Lisbon in 1992. This set him on the path to greatness.

much more better to be part of this

so interesting that am getting light 4rm it