Some people like to plan out the new year to have some control over the future. Others prefer to go with the flow and live life as it comes. Whatever your style is, here are some of the most memorable moments we all shared in 2021 that made the year unforgettable. 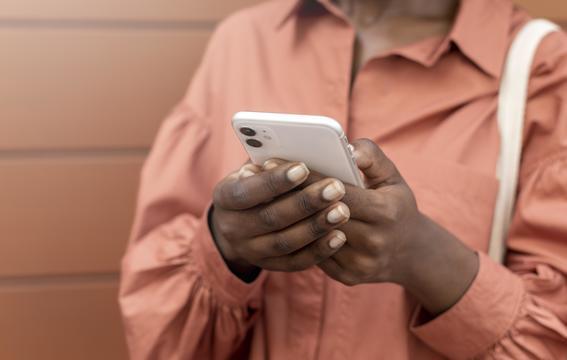 Some people like to plan out the new year to have some control over the future. Others prefer to go with the flow and live life as it comes. Whatever your style is, here are some of the most memorable moments we all shared in 2021 that made the year unforgettable.

With every new year comes the promise of new possibilities and opportunities and this is certainly what we hoped for in 2021. However, life has this thing where it does whatever it wants and we just have to adjust and learn from the lessons it brings. We had a lot to learn this year and a lot of adjustments to do given all that we experienced. &nbsp;

Here are some of the most unforgettable moments in 2021 that we will certainly remember for years to come.

1. Nigeria&rsquo;s Dr. Ngozi Okonjo-Iweala makes history as the first African woman to be Director-General of the WTO

Our very own Dr. Ngozi Okonjo-Iweala made history as the first woman and the first African to be appointed as the Director-General of the World Trade Organization.&nbsp;

The&nbsp;seventh WTO Director-General&nbsp;stated her main priority in the position would be to collaborate with members of the WTO to deal with the financial and health effects resulting from the COVID-19 pandemic.&nbsp;

She received wholehearted support from various countries and members of the WTO to get into the position and this was certainly one of the most memorable moments for us in 2021.

2. Shell Nigeria ordered to pay compensation for oil pollution in the Niger Delta

This year also marked a significant moment in the country when a group of Nigerian fishermen and farmers sued Shell, one of the largest energy companies in the world. Why? The company is supposedly responsible for oil spills that have resulted in environmental deterioration in the Niger Delta since 1970. The case has been going on for 13 years now. However, in January 2021&nbsp;a Dutch court ruled&nbsp;that the Nigerian branch of the company pay the farmers compensation of $111 million for the oil damage caused to the Niger Delta region. The company was also told to set up measures preventing any future environmental damage.&nbsp;

This was certainly a win for Nigeria and a step in the right direction in terms of corporate responsibility to the environment and the people.

On 5th February, the Central Bank of Nigeria released a statement&nbsp;banning the use of cryptocurrency&nbsp;in the country. The CBN explained that the ban was due to the currency&rsquo;s anonymity and its primary association with illegal transactions. This ban aimed to protect Nigerians and the country&rsquo;s economy from the risk that comes with using cryptocurrency. Despite the directive, the use of crypto continued to rise. More people are turning to peer-to-peer platforms and cross-border transfers to avoid going through banks and financial institutions, which are still under the watchful eye of the law.&nbsp;

4. Covid-19 vaccination and Nigeria&rsquo;s efforts towards A local vaccine

Even though the COVID vaccines are here to make the fight against the disease just a little bit easier, there is still some apprehension against them. With wild assumptions being spread around, this could be why currently about&nbsp;2% of the population&nbsp;is fully vaccinated.&nbsp;

Nevertheless, the government is still taking measures to raise this figure. As of this December, government employees will be restricted from public buildings without a negative test or proof of vaccination. This comes after the UK added Nigeria to its travel ban list after recent evidence emerged of the new Omicron variant in the country.&nbsp;

In the same breath, a group of Nigerian scientists led by Professor Julius Oloke of Precious Cornerstone University and Kolawole Oladipo of Adeleke University are working to develop a&nbsp;local COVID-19 vaccine. The team wants to make positive efforts towards the fight against COVID and has been endorsed by WHO.&nbsp;

2021 has unfortunately also come with an increase in&nbsp;kidnappings of students by various gangs of bandits in the country. The kidnapping cases in Zamfara, Kagara, Kaduna, Chikun, Kebbi, Tegina, Makurdi, and Greenfield University have been linked to conflicts between herders and farmers in Nigeria. This conflict is what has driven most people in that area to banditry. These kidnappings have become so frequent that it has adversely affected life in Northwest Nigeria for children, farmers, and the community as a whole. People no longer feel secure in their homes or schools and are afraid to move around.&nbsp;

The government has made attempts to curb the issue by supposedly using money to make peace with the gangs but this seems to have had an opposite effect. The gangs are even more motivated to continue with the abductions to demand high ransoms in exchange for the victims. The lack of support and assistance for communities affected by these kidnapping bandits is cause for growing concern and we are hoping for a change sooner than later.&nbsp;

The four-month Twitter ban enforced in June 2021 by the Nigerian Government was certainly one for the books. This happened after the platform deleted President Muhammadu Buhari&rsquo;s tweets regarding the military conflict in Southeastern Nigeria. The decision was based on the belief that the platform contributed to the spread of fake news and misinformation which caused violent real-life effects. The removal of the president&rsquo;s tweets was just the final nail on the coffin.&nbsp;

The effects of the ban were felt throughout Nigeria seeing as it lost billions in revenue for the country. Like many other countries, Nigerians had been using the platform to address political and social issues happening in the country. With popular trending hashtags such as #EndSARS and #BringBackOurGirls being previously weaponized to bring about change, this was no longer the case and the public was up in arms over the restriction of their freedom of expression. Some people had even been risking arrest just to tweet using VPNs.

However, during Nigeria&rsquo;s 61st Independence Day broadcast on 1st October, President Buhari&nbsp;lifted the Twitter suspension. This was on the condition that the platform meets certain requirements encouraging online safety, respecting the country, and honoring its values.&nbsp;

Democracy day in Nigeria is a day meant to celebrate when Nigeria&rsquo;s democracy was restored to the civilian government. This year, however, civilians marked the day with&nbsp;protests against the questionable governance and increasing insecurity that has affected the country. People were also demonstrating against the Twitter ban which was seen as an effort to suppress free speech. These demonstrations stretched across various states including Port Harcourt, Ondo, Oyo, Lagos, and Abuja on June 12th marking the day as one of the most memorable moments of 2021 for the country.&nbsp;

President Buhari addressed the country on the same day stating that he was working to address the insecurity in the country.&nbsp;

October 20th, 2021 marked a significant day in Nigerian history. It was the first anniversary of the #EndSARS protests during which the Special Anti-Robbery Squad (SARS) police unit attacked and killed demonstrators at the Lekki Tollgate in Lagos. The people were simply demanding for the same unit to be disbanded to put an end to their police brutality and other vicious crimes against the public. Yet here the protestors were succumbing to the very evil they were fighting to stop.&nbsp;

After this tragedy, the world stood with Nigeria in calling attention to the issue using the #EndSARS hashtag.&nbsp;

This year, Nigerians commemorated the day of the Lekki Tollgate shooting&nbsp;with a&nbsp;peaceful protest to avoid invoking the wrath of the Nigerian police. The police had issued a statement warning people against holding any public gatherings for the protest. Most protestors remained in their vehicles during the demonstration to avoid arrest. This was certainly one of the most memorable moments we had in 2021 honoring the lives lost in the Lekki tragedy.&nbsp;

The SARS police unit may have been disbanded but the promise of police reform in Nigeria remains largely unfulfilled. We hope to achieve an end to unnecessary police brutality and bloodshed at the hands of those meant to protect us.&nbsp;

Among the most memorable moments we experienced in 2021 was when Nigeria became the first country to launch its digital currency known as the e-Naira on October 25th. The e-Naira is an electronic form of the country&#39;s currency aimed at helping to speed up payments. It is also supposedly more cost-effective than the existing payment systems in the country. The currency was launched along with its e-Naira app, which has already been downloaded by almost half a million Nigerians since its launch. e-Naira is expected to help authorities reduce inflation, shield against devaluation, restrict illegal paper currency trading, and better observe transactions. This currency however does not fall under the umbrella of cryptocurrency.

10. Nigerian artist CKay has the biggest global hit of the year thanks to TikTok

At any point this year, I&rsquo;d like to think most of us have participated in the social media challenge involving the familiar melody of the global hit song, &quot;(Ah, Ah, Ah) Love Nwantiti&rdquo; by CKay. Regardless, Tiktok has proven that it has the power to catapult any hit to cosmic levels, and our very own Nigerian Afrobeats star,&nbsp;Ckay can attest to this. His song went viral this year and has gotten more than 3 billion views on the app earning it a spot on the Billboard Hot 100 and making it the first African song to top the list of YouTube&#39;s most-watched music videos. It is also currently the most Shazamed song on the globe.&nbsp;

Legend has it that if your song goes viral on Tiktok or is associated with a social media challenge then you have made it. If CKay isn&#39;t proof of this, I don&#39;t know what is. Witnessing this iconic rise was definitely one of the most memorable moments in 2021 for us.&nbsp;

And there you have it. As the year draws off to a close and we start dusting off our to-do lists for the new year, we will definitely remember these as the moments that made 2021 what it was.&nbsp;What moments stood out for you in 2021?

Sandra Musonge is a part-time writer at Fuzu with over five years of experience under her belt, helping numerous B2B and B2C clients with their content needs. She writes to inspire and not just to inform. Her educational background in Biochemistry has given her a broad base from which to approach many topics. You can find her enjoying nature or trying out new recipes when she isn't writing.

Could You be Guilty of These 10 Common CV Mistakes?