“They Hired Someone Who Was Recommended by the Boss.” 5 People Share Their Worst Job Hunting Experience

Job hunting can be tough, and you might go through your worst job hunting experience. Being in the right mindset and having the right attitude is the key to getting through it. 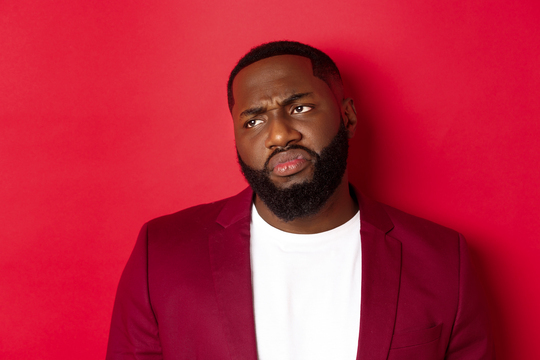 Job hunting can be tough, and you might go through your worst job hunting experience. Being in the right mindset and having the right attitude is the key to getting through it.

The most common worst job hunting experience is rejection by every company you&#39;ve applied to, because no one thinks you&#39;re the best fit. It&#39;s even worse when no one gives you feedback. There are other experiences too: getting turned down for jobs because of your location, age, gender, race, or religion ( I wonder if those things make a difference in one&#39;s performance). The point is that there are no rays of sunshine and rainbows in job-hunting till you land a job.

We spoke to the following people who shared their worst job hunting experiences:&nbsp;

Being a freelance writer has its many perks, but there are more good days than bad.

My worst job hunting experience was when I applied for a job posted on Twitter. The client asked for samples of my work, which impressed him. We agreed on the terms, which were highly lucrative as I needed to pay my bills. After a day and a night of no sleep, I managed to submit the work on time.

He then referred me to someone who could create a PayPal account in the shortest time possible. The only thing required from me was sending 1500 shillings, which I did by borrowing from a friend.&nbsp;&nbsp;

No sooner had I sent the money than the client and the PayPal guy disappeared. Since then, I have made it a habit of verifying clients before accepting or applying for a job.

Read also: Client red flags freelancers should watch out for before getting down to work

&ldquo;Dear Recruiters &amp; HR Managers, please STOP conducting interviews for positions already handed over to your friends and family,&rdquo; wrote Evaline in one of her Facebook posts.&nbsp;&nbsp;

My worst job hunting experience was when I interviewed for a company. The interview was conducted in four stages and I passed all three. But then, at the last minute, they changed their minds about hiring me before moving to the final stage.&nbsp; They told me that they&#39;d decided to hire someone else instead&mdash;someone who had been recommended by the &#39;boss&#39; and had not attended the same interview as me.

I ended up feeling like I&#39;d wasted my time and energy going through all of this trouble. It felt unfair.

An almost scam of the century - Pauline, Social Worker

I had the worst job-hunting experience, and it could have been the biggest mistake of my life.

I met a man (let&#39;s call him Dr X) who was looking for someone to hire as a chef in one of the hospitals. Since that was not my area of expertise,&nbsp; I referred the job opportunity to a friend. In the process, I mentioned to Dr X that I was also looking for a job in the NGO sector, and if he could just connect me to someone, I would appreciate it.&nbsp;

A few days later, Mr Y called about a job opportunity to work with an NGO. He sounded like an HR &mdash;his voice was sincere and kind, but also authoritative enough. I was thrilled.

I innocently said no, because, at that time, I was not aware of anything like that.

He proceeded to school me about the importance of having an NGO compliance certificate, and how even if you work for an NGO without one, it could get you in trouble with your employer or even lead to dismissal from the company.

He then told me that it costs 4200 Kenyan shillings. I requested time to look for the money. Meanwhile, I researched an NGO compliance certificate and discovered that it is not a requirement to work with an NGO.

He called back again and told him that I did not have the money, upon which, he insisted that I only pay half, he will cater for the rest.&nbsp;

On the other hand, when I called my friend to confirm whether Dr X had hired her. She told me she had paid 6,000 Kenyan shillings for staff uniforms and equipment and she was now just waiting for a phone call on when to start working, which never happened.&nbsp;

After that experience, I vowed not to apply for jobs that required me to pay a certain amount of money to proceed.&nbsp;

My worst job hunting experience was when I was looking to move from my job. I had been working at an NGO for over three years, but it was time for me to land greener pastures. I applied for jobs in hotels, corporate sectors, and institutions. In the process, I landed three interviews.

In one of my interviews, I felt intimidated by the presence of five hiring managers who sat like board members. Not only did their presence intimidate me, but also I found the interview questions redundant and not relevant to my skill set and as per the job description. I&#39;ve never had a terrible interview experience like that one.

Job hunting is a stressful experience for everyone. It can be difficult to figure out which jobs are right for you, and even more difficult to find the person who will hire you. Sometimes it takes lots of time and effort, but don&#39;t let that discourage you.&nbsp;&nbsp;

If something doesn&#39;t seem right, remember there&#39;s always someone else out there who has a different perspective on what&#39;s the best thing to do and they may have some advice for you. But don&#39;t pay money to interviewers, and do some due diligence first before applying for a job.&nbsp;

Feminism in the Workplace: Is it a Good Thing or Should We Leave it at the Door When Clocking in?

Looking for a Company That Will Offer Career Growth Opportunities? Here are 3 Key Things to Look Out for During the Interview

Avoid These 5 Job Interview Mistakes. Don’t be Remembered for the Wrong Reasons