How to spot an applicant that will transform your business 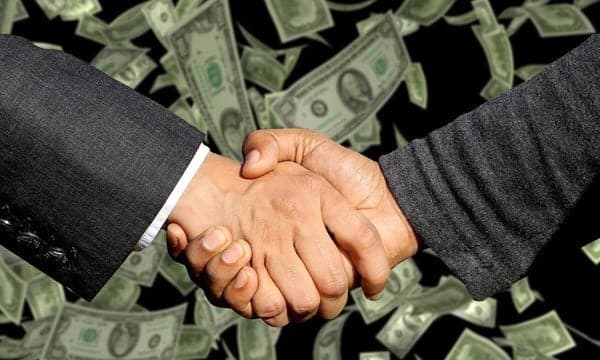 This is a strange time for a business to be hiring, but also one with rich potential. The COVID-19 pandemic has left so many people throughout the world unemployed, and they must now try to look for work while being limited to working remotely. That means there’s a massive talent pool.

Meanwhile, even as many businesses have suffered, some — largely those that already worked online for the most part — have been able to keep going. After retailers and deliver services, it’s those businesses that can easily work remotely that are now eager to bring in new hires.

Let’s say that you’re in the position of owning such a business (or at least being in charge of the hiring process) and you’re determined to pick the cream of the crop to join your team. In fact, you’re looking for someone who can outright transform the business, helping it to flourish during this outbreak and beyond. How do you do it? To help you decide, here are some tips for spotting the applicants capable of joining you and ultimately changing the game:

Look for demonstrations of initiative

Performance is great, but it isn’t generally transformative, so picking whichever applicant has the most consistent record of success isn’t the right way to go. Instead, you should look for candidates who’ve shown initiative, whether in their career pursuits or in their personal lives.

Here’s an example for the former: if someone went to the effort of starting a small business because they wanted to develop their skills and/or make some extra money, you know they’re capable of refusing to simply accept the cards they’re dealt. Starting a business doesn’t take great riches or savings (you can dropship for almost nothing), so there’s no practical excuse.

Now let’s consider an example for the latter: if an applicant moved overseas because they wanted a change of scenery, that similarly suggests that they can look at their circumstances and choose to change everything instead of making minor tweaks. If they can transform their life, then maybe they can transform your business.

Don’t hire people because they “interview well”; there’s nothing interesting or valuable about having good interview technique outside of the context of an interview. It should actually be considered a strong negative — after all, it’s fundamentally deceptive, working through saying what the interviewer wants to hear instead of sticking to the full and complicated truth (annoyingly, it’s also something that countless blogs recommend enthusiastically).

Instead, look for the applicants who are willing to be scrupulously honest. They want to be hired for who they really are, and they’re willing to disregard the advice they’ve received about “interview technique” — this is a strong indication that they don’t care for corporate blandness and won’t be shy about pointing out the things they believe are holding your business back.

Lastly, the most obvious way to find someone who’ll transform your business is to ask every candidate to pitch a long-term plan. If they had total control of the company, what would they do with it? Where would they take it? How would they change it? Would they double-down on the core model, returning it to its roots? Would they branch out, adapting to a changing world?

Set parameters before you start, of course, because their plan needs to fit with your existing strategy to some basic extent — but otherwise give them free rein to get creative. You’re looking for interesting plans that are also plausible; anyone can say “I’ll leap past all competitors and take the company to record profits”, but that’s both generic and not an actual plan.

One final note: don’t worry too much about how much the candidate knows about your company at the point of interviewing. It’s possible that they didn’t do any research because they’re lazy, sure, but they may simply be tired of the interview process. Give them the details and see what kind of plan they come up with on the spot. If they can riff on your basic operation and devise an interesting plan during the interview, you should probably hire them. That’s impressive.

If you’re looking for a talented and capable candidate, look for relevant tips elsewhere. The suggestions we’ve looked at here are all about the game-changer hires: the people you bring in to turn things around. If you’re ready for real transformation, you can use these tactics to find the candidates most likely to deliver it.