Fuzu Named as a Leading Global Innovator in 2017 Disrupt 100

Included alongside a notable list, Fuzu has been recognised as a venture with the potential to change the world we live in. 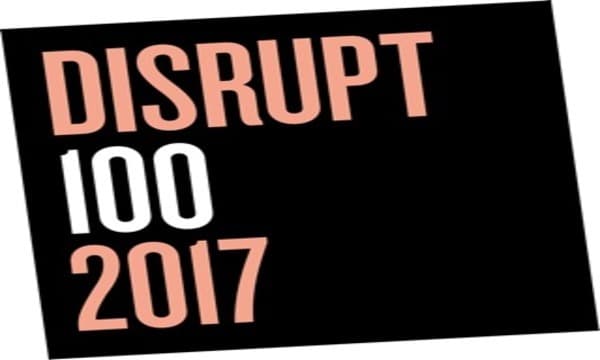 Included alongside a notable list, Fuzu has been recognised as a venture with the potential to change the world we live in.

Each company featured is judged by a panel of industry experts, including names from Uber, Google, Microsoft Ventures and Virgin Startup, against tough criteria including the talent of the founding team, the company’s traction to date and its market potential.
Kieran Harte of Uber, and judge of Disrupt 100, said: “In the 100 we’re looking at the household names of the future and it’s so important to recognise and learn from how they’re innovating.”
Parul Green, Head of M&A and Innovation at AXA UK, said “The calibre of ventures included is extremely high. Judging and ranking is no easy task as I'm amazed by each company that has been included!”
Previous ventures included in Disrupt 100 have gone on to achieve successes, with the likes of Monzo, WeFarm and Lemonade becoming established players in their respective fields.

Matt Connolly, Founder of Disrupt 100, said: “The quality of the 100 included in this year’s list is higher than ever. Across all industries new, often incredibly well funded ventures are disrupting the mainstay. Each company featured is doing something truly unique and we’re excited to follow what they do next."
The annual index looks at innovation across all sectors, tracking ventures across industries including travel, healthcare, business agriculture and beyond.

I have applied quite for a number of jobs here since i joined bt myb with tym il testify if what is meant by global if a fact.

Been trying to change my location of interest for ages

I HAVE TO WAIT AND SEE THESE PRACTICALLY, PLEASE.