Salary Negotiation Tips and What You Should Focus On

Whether you are an old guard seeking to advance your career or a newbie in the job-hunting process, salary negotiation is inevitable. People perceive salary negotiation as an opportunity to demand their value in the labour market. According to the Payscale study, &nbsp;young people do not negotiate salaries or ask for raises because they feel uncomfortable in the negotiation process and don&rsquo;t want to be viewed as pushy. 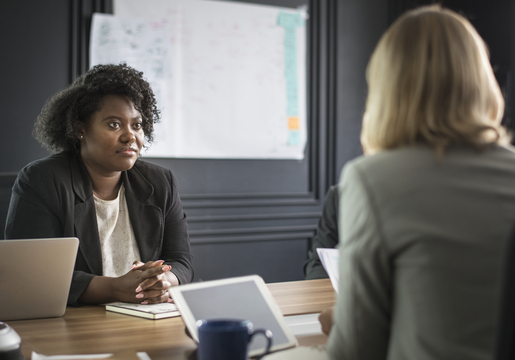 Whether you are an old guard seeking to advance your career or a newbie in the job-hunting process, salary negotiation is inevitable. People perceive salary negotiation as an opportunity to demand their value in the labour market. According to the Payscale study, &nbsp;young people do not negotiate salaries or ask for raises because they feel uncomfortable in the negotiation process and don&rsquo;t want to be viewed as pushy.

Salary negotiation is an art of dance between two parties. It does not begin on the dance floor, but rather it begins the moment you say hello. It is like trying to ask a girl out for a dance only except she does not fancy dancing. She prefers chilling and having conversations. While making your ask, you should be deliberate and open-minded about the outcome, and above all, you have to exude confidence. When she politely rejects your offer to dance you may have three options; walk away respectfully, probe for what makes her tick, and reach a compromise if it is to be a win-win outcome. The decision on which option to take will depend on whether you are just interested in the dance or the girl. If it is the latter, then you may use your ask for a dance as a conversation starter.

The truth of the matter could be that she may be reluctant to dance with you because she may not have established your value yet. On the contrary, you should see this as an opportunity to establish your value as well as hers. Ideally, the same applies to successful salary negotiation where a job candidate has to demonstrate their value in the market.

According to LinkedIn&#39;s head of recruiting, the salary negotiation process should be approached from a relationship perspective where the focus is on knowing what is most important to a candidate. He cites that he expects a job candidate to be candidly honest about what their expectations and aspirations are. In a LinkedIn research where over 7,000 candidates were interviewed, it was established that a person is likely to retain their current job or shift to another employer due to two reasons; compensation and career opportunities.&nbsp;

Here are some of the things to focus on while negotiating for a salary.

1. Know what you want and why you want it

Everything has to have a reason, and when making any kind of life decision, it is imperative to equate such decisions to meaning. There is a reason why you would tenetly desire to shift careers from one employer to another. There is a reason why you would ask for a salary raise, and why you have asked for a specific amount. Tailing a reason to your decisions not only provides clarity to the decision-making process, but also complements the process with confidence.

2. Know the exact number that you want

You should have an exact number in mind as this will send a message to the employers that you have done extensive research. Although you should be aware that most employers would want to settle for a lower sum than the one you have quoted, this may prompt you to quote a figure slightly above what you really want to allow room for negotiation. According to Malia Mason, author of the study, you&rsquo;d benefit more from choosing $103,500 rather than $100,000. This is because it is likely to believe that there is a reason why you are confident about the number.&nbsp;

3. Separate personal feelings from the negotiation process and back up your ask with facts

Now, there are many reasons why you may ask for a salary raise. Some of these reasons might be personal reasons such as an increase in your expenditure costs. For instance, there is a baby coming on the way or the baby has arrived, there are medical bills that you want to settle,&nbsp; you may want to pay for school fees and all that. Remember that your career growth is not dependent on the amount of expenditure that you have, but on the quality of time and energy you have put in to make you an indispensable employee.

Have in mind that when making an ask, an increase in your salary is likely to be affected by your productivity and not your expenditures.

Having so in mind, focus on tailing your arguments and backing them up with the milestones you have completed and the outcomes achieved. State your strengths, and give the employer reasons why you deserve to get a salary raise.&nbsp;

4. What is your ideal package?

Now, do not assume that a salary negotiation is all about an increment in money, but there could also be other packages to it. For instance, during the negotiation process, probe the employer for additional benefits such as working hours, bonuses, transport and meals. Sometimes, what you may be missing in your salary may have been complemented through other benefits. Know what is important to you as this will guide you in your decision-making process.&nbsp;

This is a two-part series, be on the lookout for part two where we&rsquo;ll be sharing 5 things you should never say in a salary negotiation.

Did Your Boss Take Your Job Resignation Badly? Here’s What to do About it and Maintain a Good Relationship