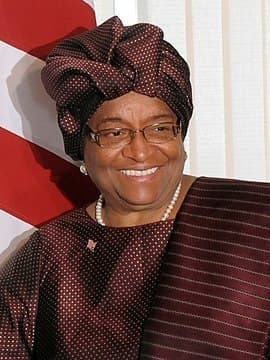 Women are not new to leadership; think of Margaret Thatcher, the longest serving British Prime Minister and Ellen Johnson Sirleaf, the first elected female head of state in Africa. This goes to show how women are just as qualified to lead as men.

Every International Women’s Day serves as a reminder that much still needs to be done to achieve equality in the workplace. However, today’s story is not about underrepresentation but rather about celebrating women who have overcome the barriers and bias to break the proverbial ‘glass ceiling’ to take up leadership leadership positions and dominate roles previously considered to be for men.

2. Sylvia Mulinge, Chief Customer Officer, Safaricom. Before joining Safaricom in 2006, Sylvia had had a remarkable corporate career at Unilever as the Regional Brand Manager, laundry division, based in South Africa.

3. Carole Kariuki, Chief Executive Officer, KEPSA and Non-Executive Director, East African Cables. As a corporate executive, Carole has amassed a wealth of experience in leadership which has seen her sit on several boards including IS (Internet Solutions) Kenya and Special Economic Zones Authority, Kenya where she is the board chair.

4. Sheryl Kara became the first woman to be elected by Facebook’s board of directors as the Chief Operating Officer at Facebook. Before joining Facebook, Sheryl was already winning at Google as the Vice President of global online sales and operations.

5. Sanna Marin, Prime Minister, Finnland. Her popularity across the world is because of the fact that she was the youngest Prime Minister in the world and her coalition government is only comprised of women all under 40 years.

6. Karun Mungai, Artist. Being listed on the annual Forbes Africa 30 under 30 as a game changer is no mean feat. Karun earned the right to be on that list in 2019 under the creative category. Karun, who was formerly part of Camp Mulla, has graced many stages locally and internationally.

7. Lorna Irungu, Managing Director, Gina Din Group. Lorna is no stranger to Kenyans especially those who loved the Omo Pick-A-Box and Club Kiboko shows in the late 1990s which she used to host gracefully. Her story is very inspirational since she overcame crippling kidney failure and three kidney transplants to start her own company Siwa Communications. In February 2018 she was appointed as the Managing Director of the dominating Gina Din Group, a public relations and communications firm.

More and more organizations are playing their part in ensuring equality is achieved, even at the C-suite level. Our friends at Burn Manufacturing are leading the pack with 60% of their 300 employees being women. (Psst! They’ve got over 10 job opportunities open).

that's good, women can also do better, I have seen it working in uganda

Very amazing and inspiring.I feel motivated to work harder and become like them. Thanks very much.

Very amazing and inspiring.I feel motivated to work harder and become like them.

awsome to know this kudos to all of us as women

On this list I would like to celebrate my own mother and yours too for being the people who make us who we are. Mum happy woman's day

MAY THE WILL OF GOD RAIN UPON WOMEN FOR EVER. CUZ NO WOMAN,NO LIFE.

They are our source of being at greater level. they deserve great. I got you continue insipring is at different levels

Congratulations to those wonderful women..go ladies

Thanks fellow women keep it up. Very inspirng.

This is so inspiring, Bravo to all women that have kept the candle burning.

Thank you, this is so inspiring

Women can do Great if empowered.

Great inspiration as I work towards being great

So encouraging. I can walk with my hopes so high.

Women are good in leadership and are mother caring of the nation. I like the organization/ company lead by women because of they good relation they have.

Wow!!This is so inspiring and makes me work smarter and heads high Thank you