Feminism in the Workplace: Is it a Good Thing or Should We Leave it at the Door When Clocking in? 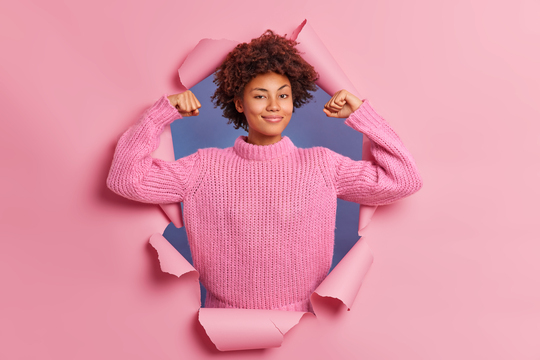 When the topic of feminism is brought up in a room, there is a high chance of misinterpretation by a majority of the folks. Some say feminism is a way of advancing sexism, and others view it as a form of advocating for women&rsquo;s rights. Other people relate feminism to women who are not happy because they can&rsquo;t find a husband, while others are simply aloof to what feminism really means. Before we dissect whether feminism in the workplace is good or bad, what is feminism?

ActionAid UK describes feminism as &ldquo;an ideology and set of movements that work to achieve social, political, and economic equality between the sexes.&rdquo; But I love Srilatha Batliwala&rsquo;s definition of feminism:

&ldquo;Feminism is not just a set of ideas about what is wrong with the world and what needs to change, it is a lens and a way of looking at our shared beliefs and the reality of our experiences based on our &lsquo;place&rsquo; in society.&rdquo;

From these two definitions, feminism is supposed to recognize the beauty of being unapologetically female while appreciating the grandeur that is masculinity. Through feminism, masculinity and femininity can co-exist in a mutually benefiting companionship and partnership rather than ownership. Feminism in the workplace is no different. Feminism in the workplace is grounded on positive inclusion and the collaborative use of power to create a working environment capable of turning around gender biases present in the world today.&nbsp;

Take ActionAid UK for example. The charity organization has embraced feminism at work by linking feminism&#39;s principles to the work it does with women and girls to address poverty, violence against girls, and women and girls&rsquo; rights. By doing this, the organization recognizes that practising feminism at work is a step towards acknowledging how other forms of discrimination like race, faith, sexual orientation, age, economic background, and disability contribute to gender discrimination.&nbsp;&nbsp;

Chimamanda Ngozi&nbsp;wrote &lsquo;We Should All Be Feminists&#39; to debunk the misconceptions surrounding feminism and give us pointers on the whole idea of feminism. No matter how well-read you are, navigating feminism in the workplace can still be an uphill task. At work, we are surrounded by people from different cultures and beliefs. Whereas feminism advances human rights and dignity, I do not advocate evangelizing the idea of feminism in the workplace because you could easily have your thoughts dismissed by people who don&rsquo;t share in your ideals. Instead, I&rsquo;m married to the idea of weaving feminist principles, ideals, and best practices into organizational structures. I have compiled a few ideas below on how to be a successful feminist in the workplace:

Culture is about people. The habits, choice of language, and mannerisms that we indulge in on a daily basis make up our culture. You can introduce some of the feminist principles into your work culture by sharing them in feedback channels, providing a safe space for accountability, learning from failure, creating a diverse team through good hiring practices, and pointing out discrimination and abusive behaviour.&nbsp;&nbsp;

Knowledge building in matters of feminism at your workplace

Does your workplace have learning sessions? Collaborate with the training committee to organize a knowledge-sharing exercise. You can invite experts to share examples of feminism in the workplace and how feminism has been acknowledged in other organizations. This will enable your colleagues to be in the know of the reputational gains for your organization, should you choose to incorporate feminism into your workplace.

Let&rsquo;s say you are a leader who wants to practice feminism in your workplace, but you want to influence all decisions and monopolize power. Do you think your teammates will be inspired to practice feminism? True feminism recognizes the need to share power and give opportunities to others, whether male, female, or non-binary, to take on leadership roles.&nbsp;

Read also: We Asked 5 Young Women Leaders How Leadership Changed Them, Here&#39;s What They Said&nbsp;

Feminism recognizes that there is a problem with gender equality. For example, a pregnant woman is not less fit to pitch a million-dollar project to investors nor is a man less qualified to advocate for the reproductive rights of women. By navigating gender power plays in the workplace and clearly establishing a vision of the consequence of gender biases, you will inspire feminism in the workplace.

Belindar Momanyi is a communication professional and an avid believer in deliberately telling inspiring stories. When she is not writing, she is managing social media at HCDExchange

This is Our Experience Hiring a Product Manager. Is it the Hardest Role to Fill?