What Does it Take to Lead Like Elon Musk?

Elon Musk has been leveraging his mental genius to give earth transforming solutions and that&rsquo;s what has kept him relevant till now. 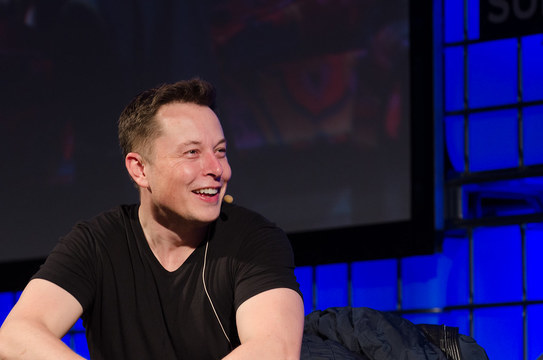 Elon Musk has been leveraging his mental genius to give earth transforming solutions and that&rsquo;s what has kept him relevant till now.

This man has been hitting headlines on a regular basis. His companies are disrupting the market in every single way. Elon Musk is not a stranger to the world. Currently, he is the richest man in the world and is a co-founder of various global companies which have become a huge success.

His achievements and the changes he has brought point to his amazing leadership qualities which are interesting to look into. Let&rsquo;s take a look at how Musk has exhibited transformational leadership.

Musk is a founder of The Boring Company, a company that is building underground roads in cities to ease traffic and decongest the cities. He is also a Co-founder at Neuralink, a company that&rsquo;s researching how chips can be installed in the human brain. The chips are computerized devices that are aimed at helping people living with paralysis.

One of the biggest strengths that have kept Elon Musk relevant all these years is the fact that he solves problems. He identifies problems that he can solve and uses technology to bring solutions. Remember he founded an online bank called X.com in 1999 which later morphed into PayPal in 2000 when it combined with Confinity.

Though he later left the company and it was bought out by eBay, the company is still relevant today. It has eased and harmonized online payments globally. You can deposit and make withdrawals from Paypal into M-Pesa.

Currently, his company SpaceX is pursuing a partnership with Google Cloud to use Space X&rsquo;s satellites and Google Cloud&rsquo;s infrastructure to connect the whole world to the internet using small satellite receivers.

They aim to connect even the most unreachable places on earth with an ambitious speed of 1GB/s. Through providing solutions, he attracts investors who invest lots of resources. For example, SpaceX is worth an estimated $74 billion but has never gone public.

He does the work even as he leads

That Elon Musk is a workaholic is not in doubt. Once he tweeted &ldquo;I work seven days a week yet people still call me lucky.&rdquo; According to insiders at Tesla and SpaceX, sometimes Elon Musk has slept on the couch and works 80-90 hours a week.

In one of his quotes, he says that you should try to work 80-90 hours a week to do what people do within 40 hours a week.&nbsp; When you invest the extra hours it will take you four months to accomplish what other people do in years.

With his leadership style of working, those who work for him take the cue and strive to do better so that they can match up his ethic. One of Tesla&rsquo;s ex-employees told Business Insider, &ldquo;He&#39;s highly intelligent. He&#39;s already 10 steps ahead of you,&quot; the former manager said. &quot;You have to think 10 times more audacious than he does to be able to be successful.&rdquo;

His passion for clean and renewable energy

Musk has an unparalleled love for clean, renewable energy. Tesla sells electric cars and is currently working on building charging stations across the world. This is in line with steering the world towards a carbon-free source of energy. Tesla also acquired a solar company called SolarCity which makes and sells solar batteries for stationary energy storage purposes.

Recently Musk overtook Jeff Bezos as the richest person in the whole world. According to Forbes, as of October 2021, Musk&rsquo;s estimated net worth is approximately $219 billion. His jump can be attributed to the soaring stake of Tesla.

The billionaire took the reins of power at Tesla in 2007 after successfully forcing a boardroom coup that ousted the then Tesla CEO, Martin Eberhard. Apart from exercising foresight and vision-oriented strategies, he is also a relentless and resilient fighter. These qualities have seen him rise steadily to the status of a billionaire and propelled him to the richest man on earth.

He&rsquo;s the third person in the world whose net worth crossed the $200 billion mark after Jeff Bezos and French billionaire Bernard Arnault who is the CEO of high-end fashion company LVMH.

Though Musk and Tesla are not the first ones to come up with the concept of an electric car, they are the most successful. When Musk took over as Tesla CEO, he went on to lead the company to come up with some of the most popular products such as Model S, Model 3, Model X, Roadster, Cybertruck and others.

He does things differently

Tesla has disrupted the market because they have adopted a different business model. The carmaker under the leadership of its workaholic CEO conducts direct sales. If you want to purchase a Tesla, you can only buy in one of their stores around the world.

This is different from other carmakers who depend on franchises and licensed dealers to sell their products. The employment of different strategies and eliminating middlemen always gives customers the confidence they need to uptake a product in their droves.

Always rises even when he goes through challenges

He never gives up but he always picks up fast. Elon Musk has gone through his fair share of challenges. From being sacked as PayPal&rsquo;s CEO while on vacation, to enduring bullying as a child, living off personal loans in the 2009/2010 period just to survive. He has also gone through multiple divorces and breakups but he always finds a way to get back up. Musk never stays down nor does he let his failures decide his fate.

That&rsquo;s the mentality of transformative leadership. Despite mistakes and failures, it&rsquo;s an opportunity to learn and use them as fuel to go to the next level. In May 2021 while making an appearance on Saturday Night Live Musk revealed that he has Asperger&rsquo;s syndrome.

While presenting he said the neurodevelopment condition manifests itself through his lack of intonation or variation in his speech. And people view it as comedy.

Elon Musk repeatedly says that you should ask questions before doing things the way people do them. This is one of the reasons that has enabled him to build innovations that have disrupted the electric vehicle industry and space exploration.

&ldquo;Other advice I would give is to not blindly follow trends. Question and challenge the status quo. Make sure you understand the fundamental principles of what you&rsquo;re trying to do before you get into the details, otherwise you could be building on faulty ground.&rdquo;

That is one of the most famous quotes by Elon Musk where he says that people should challenge the status quo. The foundation of what you do should be based on research, accurate data and principles. That&rsquo;s the only way to disrupt the industry and market.

Musk is a story of resilience, bullish pursuit and relentlessly going hard after providing solutions to the world in a unique way. He has brought transformation to the world by solving the world&rsquo;s problems in a way that only he can and by also prioritizing the end user.

One unique story is how in 2007 Tesla was struggling financially and he injected $40 million of his personal money into the company. As a leader, you can only bring transformation if you believe in your dream enough to invest sacrificially into it.

Find the right candidate with ease and save time using Fuzu’s match-making technology!

Lessons from Jeff Bezos' Final Letter as Amazon's CEO: The Power of Being Different

Dr. Nataliey Bitature: On being Chief of Staff at Simba Group, one of the leading companies in East Africa.

What Does it Take to Lead Like Elon Musk?