What to Do When Someone Takes Credit for Your Work

The corporate world is rough and wild because everybody wants to get ahead. Some people are willing to step on others and put their name on somebody else&rsquo;s work. 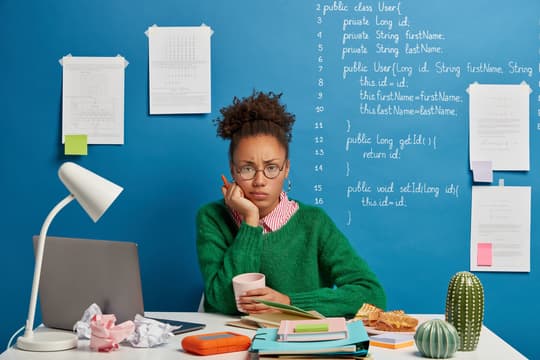 The corporate world is rough and wild because everybody wants to get ahead. Some people are willing to step on others and put their name on somebody else&rsquo;s work.

How would you feel when someone gets the shine for work you had toiled tooth and nail for? When someone claims results that should be rightfully attributed to you?

From experience, it&rsquo;s irritating, disappointing, and frustrating. What replayed in my mind when it happened to me was how I sacrificed hours of sleep and weekends just to get those tasks completed. When you put your effort into something, you invest your energy, emotions, and resources.

The motivation to do your absolute best is to make an impact and build a portfolio that you can use to negotiate for better perks at work. It&rsquo;s also a way of showing your employer how valuable you are to the company and why you deserve a promotion.

Secondly, it boosts your career and enriches your CV when you show how you went the extra mile to achieve success. When you achieve incredible feats in your work, you can update them in your resume or Fuzu profile. This makes you a marketable candidate for roles that you&rsquo;ll apply for in the future.

But there are times when someone else takes ownership of your work, a vulture runs off with your kill. As a fan of Nat Geo, I have seen times when cheetahs jump through hoops and expend incredible amounts of energy to bring down large prey. But then a hyena or lion takes advantage of the cheetah&rsquo;s small size and bullies it away from its hard-earned possession.

Everybody in the corporate world wants to make it and get praise from seniors and colleagues for work done. However, some people are willing to step on others and put their name on somebody else&rsquo;s work.

So what should you do when this unfortunate experience happens to you?

Prevent it from happening in the first place

I once attended a career seminar at Centonomy. The speaker told us that you will never receive recognition for your work if you don&rsquo;t make noise about it. Sometimes people feel that it&rsquo;s noble to do amazing work and not blow your own horn. However, in the corporate world, it&rsquo;s rough and wild because everybody wants to get ahead.

Therefore, thinking that it&rsquo;s noble to be silent about your ideas is more na&iuml;ve than beneficial. If your idea has brought more clients or has made the company more money, someone will take credit for it. Taking ownership of your work comes with its rewards. It will give you leverage when you intend to bargain for a promotion, bonus, or higher pay.

You should also CC/BCC your seniors and teammates when you send in your contribution so that you can have a point of reference in the future. It works almost the same as copyright laws. You take away the power from anyone who would want to steal your work without crediting you by creating a clear paper trail.

Another way you can prevent this from happening is by ensuring that you loop in the entire team. A case study by Harvard Business Review (HBR) showed that people who put in extra work while looping in crucial team members and their seniors had fewer chances of people taking credit for their work.

Take time to cool off

When you realize that someone has put their name on your contributions, the first thing that happens is shock, disbelief, and a heavy feeling of betrayal. As a human, angst, and bitterness might start to creep in and the temptation to react out of anger will be hard to resist. In the book &ldquo;His Needs, Her Needs&rdquo; by Dr. William F. Harley, a clinical psychologist says that we become literally insane when we get angry.

It&rsquo;s prudent to take time and calm down before you confront that colleague. This will help you keep the discussion civil and productive as opposed to a full-blown pointless argument. If you have to let it sit for a few hours or a day, do that. In the meantime, it will help you compose yourself and prepare to approach the person respectfully.

You should approach the co-worker in a bid to understand what happened. It helps to get to the bottom of something before coming up with a conclusion. Probably it was very unintentional. They only got a little excited while giving the presentation then realized later.

One way you can approach them is by asking an indirect question, &ldquo;How do you feel the presentation went today?&rdquo; The colleague might realize what happened when you ask the question or not. If it doesn&rsquo;t dawn on them, go for the jugular with composure.

&ldquo;When you were explaining how our working system has simplified collaboration and saves time, I noticed you used &ldquo;I&rdquo; instead of &ldquo;we&rdquo;.&nbsp; Did you do it intentionally or what was the rationale behind it?&rdquo;

This approach shows that you don&rsquo;t place the blame on them but you still remain firm that the action was inappropriate.

Now that it already happened, it&rsquo;s water under the bridge that you can&rsquo;t salvage. Moving forward you can ask that co-worker to correct their statement in an email to the people concerned and acknowledge your contribution.

However, if the colleague is not willing, you need to take some action. HR experts at HBR say that you should approach your colleagues and explain to them how hard you worked on the report or the task.

You can ask them to speak for you by acknowledging your part and effort so that you can boost your credibility. This colleague can inquire about the task in a meeting in a suggestive question such as &ldquo;What was the thinking process that informed the formulation of this strategy for you two?&rdquo; This will ensure that everybody else knows who was responsible for the various aspects of everything.

When none of the strategies work

If approaching another colleague doesn&rsquo;t work, you can go to your boss or supervisor. But don&rsquo;t go complaining so that you don&rsquo;t come off as malicious. Explain in a diplomatic manner and make the boss know that you want to improve the working relationship between the team.

Tips that can help avoid this repeating itself in future

Collaborate with colleagues or teammates at work on coming up with a credit-sharing system in the team when you execute tasks. Some people usually draft Google documents where everyone&rsquo;s contribution is documented. Alternatively, you can add a slide at the end of every presentation like the credits at the end of a film that states clearly who did what.

Also, form a habit of giving other people credit for their work. This is another sure way of cementing your credibility especially when you want to claim what is rightfully yours. Additionally, your colleagues will have no qualms returning the favor when it&rsquo;s your turn.

Work on your craft and your signature so that you do your work in a way that it will be undeniably obvious that it was you. Consequently, it will make it harder for anyone to steal credit from you for your work.

Avoid being impulsive and reactive at all costs because it will more than likely end badly. When someone takes credit for your effort and contribution, don&rsquo;t presume that they had malicious intentions. Do a little prodding with patience and get to the bottom of it.

Find the right candidate with ease and save time using Fuzu’s match-making technology!

Did Your Boss Take Your Job Resignation Badly? Here’s What to do About it and Maintain a Good Relationship