Everything you need to know about ethical hacking

Businesses and organisations are in constant need of ethical hackers to determine the weaknesses in their systems and ensure security. 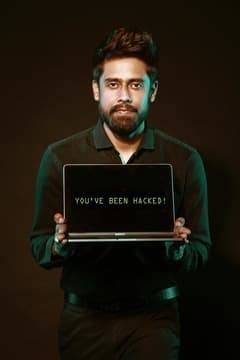 Businesses and organisations are in constant need of ethical hackers to determine the weaknesses in their systems and ensure security.

An ethical hacker identifies the weaknesses and vulnerabilities of a network by breaking past a system in a legitimate manner. Not all hackers are criminals.

Ethical hackers are responsible for conducting rigorous research on the target, scanning target systems with the help of vulnerability scanners and creating a plan of attack to identify software and system vulnerabilities.

Hackers are categorized as follows:

Today, there are a number of tools that are being developed that enable quicker testing. Below is a&nbsp;list of top six (6) tools that are used widely:

The purpose of ethical hacking is to access the security parameters of a network or system. It involves identifying vulnerabilities to determine whether an entry point or a way to acquire unauthorised access of the system exists. Government agencies, businesses and organisations are in constant need of ethical hackers to determine the weaknesses in their systems and ensure security.

Ethical hacking&nbsp;has become the most sought after profession in the IT industry because of its growing demand and lucrative job offers. This gives you the opportunity to prove to your employer, your peers, and most importantly to yourself that you can in fact take on and overcome challenges found in everyday work life as an Ethical Hacker.