These amazing women are very driven, determined, and consistent. You too can get to this level of success, set your goals and be relentless about pursuing your dreams but be patient to go through the process. 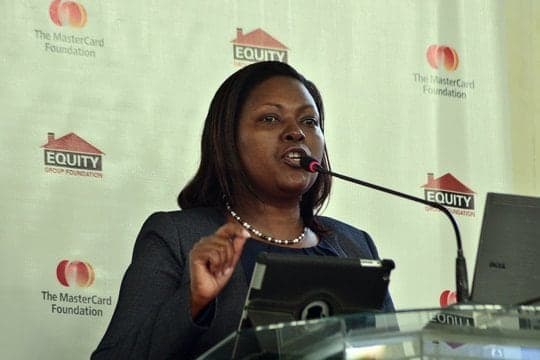 These amazing women are very driven, determined, and consistent. You too can get to this level of success, set your goals and be relentless about pursuing your dreams but be patient to go through the process.

When gender equality opened the door for women to get into the workforce and start owning workspaces, a revolution began. They started flourishing in their careers and accomplishing big things. The banking and finance industry is one of the areas where women are doing exemplary well.

The finance industry is diverse with many different aspects. There is banking, financial services, financial technology (fintech), insurance, accounting, and many other sectors.

From helping underserved areas access digital financial services to coming up with systems that help women access credit, women in finance are making an indelible mark in society today. Consequently, their work is gaining recognition and they are bagging awards for their work.

Here are some of the trailblazing women: 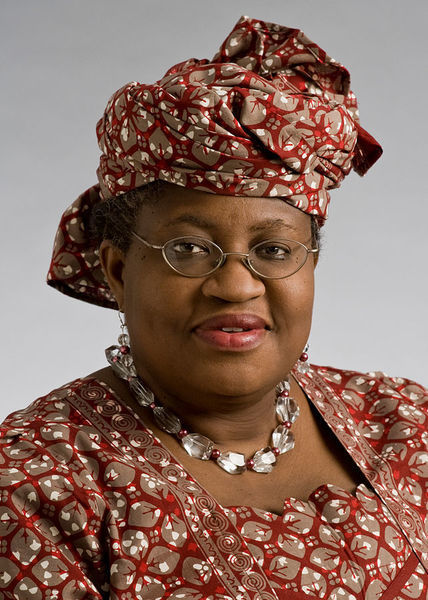 Many of us became aware of Ms. Okonjo-Iweala when she competed against Amina Mohammed of Kenya and South Korea&rsquo;s Yoo Myung-hee to become head of the World Trade Organization (WTO). In March 2021 the former Nigerian Minister of Finance made history by becoming the first woman and African to become Director-General of WTO.

This position didn&rsquo;t come easy because she was competing against very qualified candidates and at one time the United States opposed her nomination. The United States is one of the biggest contributors to the WTO. It took a lot of lobbying and negotiations to get to the apex of this global organization.

Prior to WTO, this relentless economist and international development expert had worked in the World Bank for more than 25 years rising to the No. 2 position of Managing Director according to the World Bank.

She is credited for many reforms but the most notable ones were her fight against corruption when she was Nigeria&rsquo;s first female finance minister. At one time her mother Kamene Okonjo was kidnapped in a bid to force Ngozi to resign as a minister.

Ms. Okonjo-Iweala&rsquo;s story is a classic case of rags to riches because she grew up in poverty in Nigeria. Her parents had traveled abroad to look for greener pastures for the first nine years of her life leaving her with her grandmother. But she went on to study economics at Harvard University and gain a Ph.D. from the Massachusetts Institute of Technology (MIT). 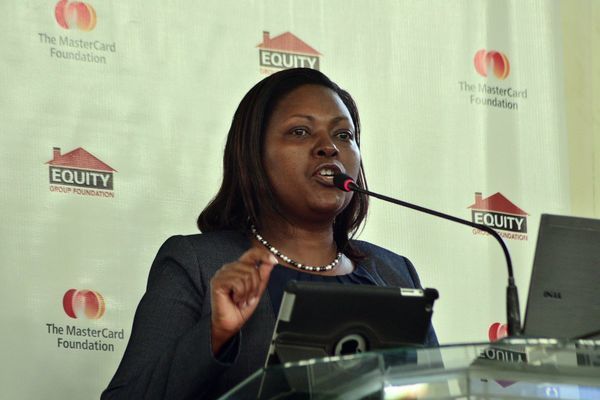 She is the Equity Group Holding Plc Executive Director who is overseeing the Group&rsquo;s subsidiaries. Mrs. Wamae has been in the legal career for 14 years. She joined Equity in 2004 when it was just a building society.

She has been consistent in her passion for law such that she is credited for setting up the legal and secretarial division at Equity. Mrs. Wamae also helped set up Equity&rsquo;s greenfield operations in Rwanda, Uganda, the Democratic Republic of Congo, South Sudan, and Tanzania.

Her educational background includes a Law degree from the University of Nairobi, Master&rsquo;s degree in Leading Innovation and Change from St. John University, UK. She is also a graduate of the Advanced Management Programme from Strathmore IESE Business School in Spain. This legal guru is an Advocate of the High Court of Kenya.

Doreen has been in the financial services sector for more than 10 years doing product development, partnership development, stakeholder engagement, and many other things.

Ms. Lukandwa has an in-depth understanding of the processes and challenges that are associated with launching digital financial service products through multiple channels.

In Uganda, she was part of the team that facilitated the development and enhancement of Mobile Money and agent distribution models. She is credited with helping underserved areas in Uganda access innovative digital financial solutions. 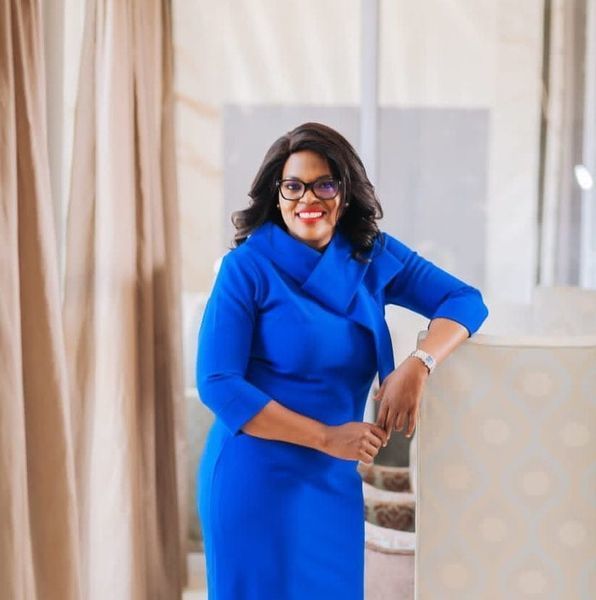 She is the Group Chief Digital and Fintech Officer at MTN Group. MTN is one of the biggest telecommunications companies in Africa. Yolanda leads MTN&rsquo;s strategic expansion of its fintech services and digital solutions efforts. She has enabled MTN to be a digital operator across 21 countries in Africa and the Middle East.

Her wealth of experience spans more than 20 years but has had a key influence on financial services in the telecommunications industry. In 2016 she was appointed as the CEO of Vodafone Ghana. Initially, she had joined Vodacom Group Limited as a non-executive director in 2013. Within the next year, she rose to the position of Group Chief Officer of Strategy Mergers &amp; Acquisitions and New Business.

Ms. Cuba was one of the leading influences that facilitated Vodacom&rsquo;s mergers and acquisitions and acceleration into financial services.

One of her most notable achievements is becoming one of the youngest CEOs of a Johannesburg Stock Exchange-listed company. She has a Bachelor&rsquo;s degree in Commerce (Statistics), an Honors degree in Accounting from the University of Natal, and a Master&rsquo;s in Commerce (Financial Management). 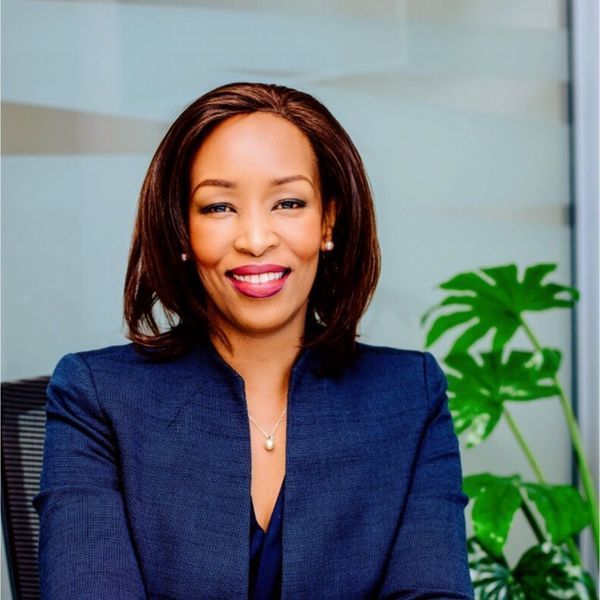 In 2018 Lina was appointed CEO of NCBA bank Rwanda. Lina has more than 10 years of experience in the banking industry. She is a guru in product and business development, strategic planning, SME lending, marketing and communication, and sales.

In her career she has worked for several notable banks:

She also has global influence having worked in various sectors such as real estate, sales, research NGOs in Canada and South Africa. The 42-year-old CEO holds a Bachelor of Commerce, an MBA and a Diploma in Communication. Catherine is the CEO of APA Life insurance in Kenya. Her story is unique because she was trained as a teacher and ended up becoming an insurance professional. She told Capital FM that her love for Maths and Science drove her into insurance because she wanted a space where she could use Maths on a daily basis.

Since she didn&rsquo;t study insurance at the university she had to go through detailed training to refine her skills and acquire critical knowledge in the industry. Mrs. Karimi undertook Senior Management Leadership Training in Strathmore Business School. She went on and did some background studies with the Institute of Actuaries in the United Kingdom.

Karimi has worked with different insurance companies in different capacities such as Ag. Managing Director of Kenya Alliance Insurance Company. She later joined APA Insurance in 2017 and rose to become CEO in 2019.

Since then she has won the Think Business Insurance Awards 2020 becoming the first woman in the insurance sector in Kenya to do so.

The common thing about all these amazing women is that they are very driven, determined, and consistent. Eliud Kipchoge said that &ldquo;No human is limited&rdquo; when he made history by running a marathon in under two hours.

Set your goals and be relentless about pursuing your dreams but be patient to go through the process. Create a habit of continuous learning to keep your growth curve steady and progressing.

Everything You Need to Know About Fuzu

Ask a Career Coach: Why Do I Never Get Called for Interviews?