I Need A Job! My story of Job hunting In Kenya

It&rsquo;s not just good grades that will send a paycheck your way, make no mistake, but a smart mind to plan, network, walk with the right people, and above all, that motivational predisposition that you have what it takes 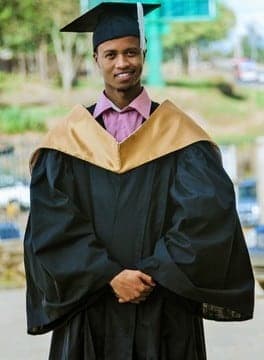 It&rsquo;s not just good grades that will send a paycheck your way, make no mistake, but a smart mind to plan, network, walk with the right people, and above all, that motivational predisposition that you have what it takes

&ldquo;Work hard in school, but never expect that the world is waiting to roll out a red carpet for you once you graduate,&rdquo; Steve said to me. He made no bones about the reality.

Steve leaned in, elbows on the small round table that had cups of coffee on it. &ldquo;There are jobs, but unlike old times when degrees were just a handful and employers would even shortlist students before they finished their studies, the tables have now turned. Papers swarm in every other day. And it&rsquo;s not just good grades that will send a paycheck your way, make no mistake, but a smart mind to plan, network, walk with the right people, and above all, that motivational predisposition that you have what it takes.&rdquo;

He smiled and then sipped his coffee. &ldquo;Package yourself well. Become so good at something until no one can ignore you&hellip;&rdquo; As I let that sink in, my cup of coffee remained untouched, hot steams spiraling and vanishing into the space&hellip;just like the hope of Kenyan youths seeking jobs disappears.

Two years later, I graduated with a second class honours- upper division. It was a great feeling and I remember my friends and I felt unstoppable. Who would dare stop us after the square graduation caps rested on our heads? The school hyped the graduation. The society hyped it. Parties were thrown and chunks of meat served generously. We chomped on them like nobody&rsquo;s business. Drinks were poured into glasses and clinks came in happy toasts.

Little did I know that Steve was right&hellip;the world doesn&rsquo;t care two hoots about the square graduation cap; it isn&rsquo;t waiting to roll out a red carpet for you.

A week later, armed with a well-written letter from the University that confirmed I was a graduate awaiting my certificate, my feet strongly, even proudly, walked into offices. I dropped CVs. I applied for internships with the elating feeling that any employer shoving my application would be unwise. It would be the company&rsquo;s loss. I was the best, so I believed, that soon my major problem would be choosing from a vast option of employers all wanting a piece of me.

Of all the job ads I answered to government institutions and private ones, not a single one panned out. As I write this I&rsquo;m so good at refreshing my mail, because that&rsquo;s the stunt I kept pulling hoping that an employer somewhere had emailed an invitation.

Frustration began piling at my doorstep, and I fully felt the pain of youths. My feet got weak, knees careened in a fierce scare of what the future held. Stress came in and with each strike the clock made, my spirit sank. The situation was the same for most of my friends, skies had turned grey. Flashy, classy and dashy grades, but hearts full of hurt.

You&rsquo;re qualified but no one is inviting you to dine with them at the high table of jobs. And then when worst comes to worst, you shove the papers and yell &lsquo;Any port in a storm!&rsquo;

Anything that comes your way, you grab it. They want someone to paint their home? I can paint. But hell, the only brush you can hold is the one for polishing your shoes!

Time elapsed and the situation got worse. Those moments a relative asks why you don&rsquo;t have a job, some think you are lazy, and you just want to flip them a finger: definitely not the thumb.

But I remembered what Steve said to me &ldquo;&hellip;package yourself well&hellip;walk with the right people&hellip;&rdquo; That&rsquo;s how I chose to walk with FUZU.

To get you up to speed, FUZU is a platform that links job seekers to employers. In less than twenty minutes, I set up an account with them, uploaded my resume and took a personality test. They generated a CV for me and that amazed me. My initial one was five pages, but the generated one was a genius summary of just a page. I pecked on my keyboard and keyed in my interests, and FUZU gave me a long list of open jobs that matched my skills. Horses for Courses as it&rsquo;s christened in HR. I applied, through FUZU, for two jobs, and in less than a month I was invited to two interviews! One at Standard Media, and another at Transsion Holdings, both for an opening as a content specialist/journalist.

FUZU even gave me a chance to compare my CV with those of top applicants, see a place or two where my own was falling short.

I showed up for both interviews and the rest is history. Since then, the ball of my career rolls on. And what&rsquo;s more, I no longer have to sweat looking for jobs, as even in my current job, FUZU still updates me on openings that match my skills.

&nbsp;If you&rsquo;re reading my story, get it from me, that whatever shoes you wear or palace you come from, you need to make FUZU your career companion. I&rsquo;m not promising that everything will magically work out. A huge percentage depends on the skills you have and how you package yourself. But I know for sure that every risk you take in job seeking; the odds will be for you as long as FUZU is with you.