Life Lessons from ''The Playbook": José Mourinho and Other World-renowned Coaches Share Career and Life Rules We Often Learn too Late

&#39;The Playbook: A Coach&rsquo;s Rules for Life&#39; is a 5-episode docuseries featuring some of the world&#39;s most successful coaches. They share their coaching philosophies and life lessons for winning. 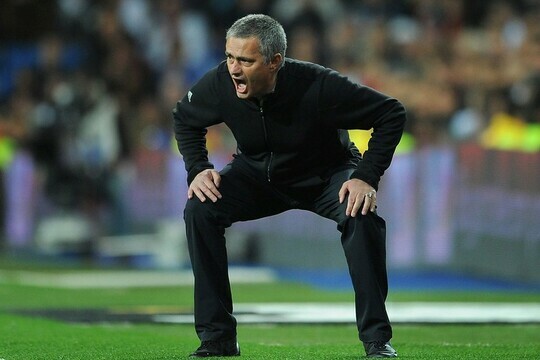 &#39;The Playbook: A Coach&rsquo;s Rules for Life&#39; is a 5-episode docuseries featuring some of the world&#39;s most successful coaches. They share their coaching philosophies and life lessons for winning.

Doc&nbsp;Rivers is&nbsp;the head coach for the Philadelphia 76ers, and a former NBA player. These&nbsp;are his rules for life.

When Clippers owner Don Sterling made racist comments before the playoff game, Doc and the team protested by wearing their shirts inside out (so as not to show The Clippers logo). They didn&rsquo;t allow themselves to become victims.&nbsp; When faced with challenges, make choices that do not hinder your goal of winning. Rise above it.

Ubuntu is expressing essential human virtues such as compassion and humanity towards others. It is one of Doc Rivers&rsquo; approaches as he works with his team. It involves thinking about the whole team, not just an individual. When he and the team started living the Ubuntu way, they won the NBA the next year.

Jill Ellis is an English-American soccer coach and president of San Diego Wave FC. She won two FIFA Women&#39;s World Cups in 2015 and 2019. She is currently an ambassador for the United States Soccer Federation. Her&nbsp;focus is to raise the number of women in coaching. Here are Jill Ellis&rsquo; rules of life.

Jill learned this life lesson of dealing with tough situations from a US Navy Seal. Have a sense of self and stay true to what you believe for yourself and as a team leader. Do not work to please your teammates or critics.

Leading up to the 2019 World Cup, Jill&rsquo;s team made a statement speaking publicly about equal pay as the men&rsquo;s team. In 2022, the US Soccer federation is paying back over $24 million to women soccer players and athletes.

Jos&eacute; Mourinho can easily be described as a football legend. He has been a coach for some of the biggest football clubs and has had many repeated wins. He is controversial in the way he works. He once made over one billion dollars in transfers and hid in a laundry basket to coach his team, Chelsea, during a ban. Here are some of Jos&eacute; Mourinho&rsquo;s rules for life.

Mourinho&rsquo;s team FC Porto once worked to play and beat a world champion, Manchester United, at home. It was written as a case of David beating Goliath. This life lesson helps one remain calm but hopeful in the face of adversity. If you win, good- if you don&rsquo;t, you learn.

As an underdog, you do not have much power and skill to go against the best team. So timing is everything. Be on the lookout for the signs to attack for your win. These signs could be anything; be it an ambient mood for a salary negotiation conversation or an opening question for your sales pitch.&nbsp;

In the Playbook, Mourinho shares a story of how he risked his career showing up illegally on stadium grounds to coach Chelsea FC just before a championship game.&nbsp;This LinkedIn article validates this life lesson by adding that you should not be afraid to break the rules in the workplace if it is necessary and be transparent about your why.

Mourinho emphasizes what great players need to work with the team to pull off an excellent job. Focus on the team - teach them leadership skills and trust so they can work together.

Dawn always took her own basketball to the court and she made a rule &ndash; if her ball was being used to play, she had to be picked on a team and be on the court. The ball is a metaphor for whatever makes you indispensable and respectable among those you work with or for. Always bring it.

This is Staley&rsquo;s way of saying you should create a crowd or audience. Dawn attracted women to play basketball by building a basketball-loving community in a college town that was focused on male college sports. On top of that, the crowd showed love to the players, so the players reciprocated with a great game.

Because Dawn had struggled to keep moving when she lost as a player, she implemented the 24-Hour Rule for her team: they had twenty-four hours to celebrate a win or recover from a loss after which they had to move on and keep working.&nbsp;&nbsp;

French tennis coach Patrick Mouratoglou is famously known for being Serena Williams&rsquo; coach since 2012. Here are his life lessons:

As a young child, Patrick had social anxiety. This experience enabled him to understand his players better, noticing how they were feeling based on their movements and body language. His weakness became one of his biggest strengths in becoming a better coach.

Players can lose because they have doubts about their talent and skills. Let them know you want them to be better and that you&rsquo;re on their side, and their performance will improve. This life lesson shows the value of empathetic leadership.

As a coach, you have to say the right thing to build the confidence of those you are leading &ndash; even if it may be a lie. Patrick shared a story about Serena Williams&rsquo; Wimbledon match. She was not performing well. He lied to her about her positive stats. Because he knew that if she thought her stats were good, she would play better the day after. It was a bit unorthodox but Serena won the tournament. The lie became her reality.

Coaches are leaders so all these life lessons can be applied to oneself, teams, and other leadership circles. I hope you picked up something that resonates with you deeply and propels you to even greater wins in your personal life, business, the teams you lead, or your career.

<p>A Ugandan Civil Engineering Professional working with a Ugandan government corporation. I am also a social media content creator and writer. Most of my creative work is influenced by personal experiences and those of people around me.</p>

Advice You Should Hear Before Saving and Investing in Financial Markets to Earn Passive Income - Interview With Paul Mwai, AIB-AXYS Africa CEO

It Took Me Two Years to Learn These Leadership Skills, But I'll Teach You in 3 Minutes